In an up-and-down year for Syracuse, plenty of figures made this a trying season. Who is the one person/group that we still have stuck in our craw? 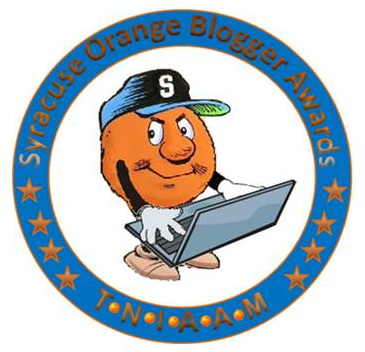 If I've learned anything about being a Syracuse fan over the last few years, it's that we're really good at hating things. Georgetown's a given, but UConn's right up there as well...oh but what about Rick Pitino? Buzz Williams and his goofy dancing sucks too. But let's not forget Andy Katz and Gregg Doyel and Mark Schwarz. And refs...almost all of them. Devante Gardner? Screw that guy. Duke? You're next, obviously.

...So it's not all that surprising that this year's running for the 'Biggest Villain/Nemesis' S.O.B. was one of the most hotly contested of the awards, and even earned a split between the fan vote and our writers' vote. Decisions, decisions...

A number of write-in candidates were submitted, including "bad MCW", the refs (just the profession, I assume), Allen Crabbe (he could heat up at any moment), Gardner and the constantly fear-mongerin', contract-dishonorin' Sean Keeley. Our writers also had a few choices that didn't make the final poll:

It was a season conspicuously absent of villains. There was rarely a time when X player killed the Orange. The Orange mostly killed themselves. It's easy to say Otto Porter and he's not a bad choice. But it's also too easy a choice. He's a talented, athletic player and a top 5 draft pick. So I'm going with Luke Hancock, fullfilling the role of "Random White Guy Who Kills Syracuse From Three". I really hate That Guy, no matter who he ends up being.

Mitch McGary - Man, if he didn't find a way to seemingly make every play in the semifinals then it could have been Syracuse vs. Louisville in the National Championship Game. Otto Porter also killed us, but we got the last laugh with a victory in the BET and Georgetown's loss to FGCU.

Rick Pitino is not a very popular figure around these parts, and after defeating our beloved Orange twice this year and taking home his second national title, Rick grabbed 17% of the vote. You guys chimed in with your comments:

I voted for Pitino
also because he’s a hypocritical blankety blank who 180’d so fast after Louisville jumped to the ACC that I got whiplash. Also he’s greazy.

John Thompson II hasn't coached in years, but I'm pretty sure he's always in contention for this award. His main crime this season was being a jackass, as he is wont to do:

The Media ended up winning the fan poll vote with 29%, and for good reason. I don't need to go over all of the nonsense that they purveyed this year. John was a part of this group:

It's always the media, it seems. But this season, we once again appeared to have a bullseye on our backs and everyone was looking to take shots at Boeheim, the program, our school and our players, too. And good for us proving them all wrong over and over again.

Reader dstorm95 wasn't a big fan of their's either:

I wanted it to be Otto Porter, but I don’t hate Otto Porter for being who he is, I hated him in the good-natured rivalry way.

The media, on the other hand, have a handful of bottom feeders who consistently ruin what should be an enjoyable stretch of SU basketball.

Though it came in second in the fan vote with 27%, with four of our seven polled writers choosing him, I award Georgetown's Otto Porter with this S.O.B. For me, it was mostly about that game at the Dome. Ugh.

Otto Porter - Unfortunately, I think I'd like Otto if he played almost anywhere else...alas, he is a Hoya and he just destroyed Syracuse this season. Porter's game seemed tailor-made for giving the Zone fits, whether he was dropping 33 points or kicking the ball out to open shooters from the high-post. Of course, his tremendous games earlier in the year made it all the sweeter when C.J. put him on a poster.

Otto Porter - He was the meanest, prettiest, baddest mofo low down around this town for a month…until CJ shoved a basketball right down his grill

Andy thinks that Otto should change his name, and I'm inclined to agree:

Otto Porter for taking the name of a beloved and iconic Orange and turning it into a word synomous with death and destruction. Dick.

And lastly, Sean thought that Porter's historic performance earned him the award:

Otto Porter. It took three games to figure him out but before that, he absolutely crushed Syracuse in a way I haven't seen a player do in years.

Check out the rest of the 2013 S.O.B. Awards, categories and previous winners by clicking here or visiting the S.O.B. Award Hub. Look for more S.O.B. winners today and through the week...