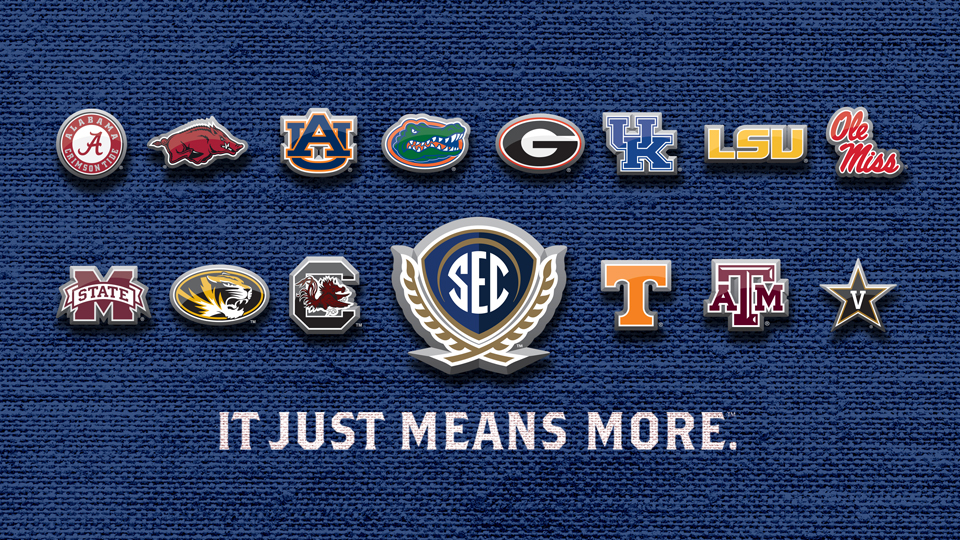 I know I'm probably beating a dead horse, but I feel the need to pile on with everyone's collective outrage over the initial Playoff Rankings that were released this week. I'm as disillusioned and angry as everyone else. Somehow, in their infinite wisdom, the committee only put two SEC schools in the Top 4. While I realize they have to make some concessions and simply can't put four SEC schools in the Top 4 (even when they clearly deserve it), they have to let at least one school from one of the lesser leagues into the field. How else to prove the SEC superiority? Still, they should wait until the final rankings to do so. There is no need to placate the rest of the country this early on, and to do so by giving the lesser leagues two spots is obviously a bridge too far.

The non-conference results speak for themselves. There's no need to go on reputation and previous success of the SEC when this year has been so historically super human. Sure, once again the SEC failed to go unbeaten in the non-con, but take a look at some of these loses and try to argue they're not good ones, or at least, moral victories.

I don't care that the game was in Knoxville, and Pitt followed it up with a loss to Western Michigan. The Pitt QB once met Peyton Manning (who went to UT) and that makes him half an SEC-QB in spirit. Really, it's a testament to the greatness of Tennessee that they kept it this close.

Biased hacks will suggest it's telling that BC has won more games in the SEC than the ACC. But they'd be wrong because that would suggest that the bottom of the SEC is every bit as terrible as the bottom of every other league. Which it isn't because it means more in the SEC.

Is it true that ETSU has fewer loses against the SEC than they do against FCS (1-AA) schools? Yes. But they also have fewer wins.

The Pac 12 is a terrible conference according to SEC Fans. And Stanford is currently in last place in the PAC-12 north. Vanderbilt can't be expected to expend energy against lesser schools when they have to prepare for a tough SEC slate. The fact they bothered to score any points at all and hold a last place PAC-12 school to less than 60 points should be all the proof you need that Texas A&M should of been ranked #3.

Someone with an agenda may say that Penn State is only 2-3 in the Big Ten with games remaining against Michigan and Michigan State, making a losing league record a strong possibility. But that would ignore the fact that were talking about Auburn, who is 3-1 in the SEC and still very much in the mix for a trip the SEC Championship game and potential play-off spot. How can you argue with that?

Memphis is 1-3 in the American, a league where SMU (7-1) and Houston (7-1) aren't even in the Playoff rankings. MSU is 5-3 and ranked. Obviously this game shouldn't count, and it's clear the committee agrees.

The Bruins are 5-4. Sure, four loses is a lot for a school that dominated LSU for four quarters, and one of those loses is to a non-power five school, but they also have five wins including a pair over Hawaii and Arizona. Not to mention, LSU is a new team now that they announced a coaching change starting next year.

The Aggies may have needed a late miracle comeback in Boulder to beat a 2-6 Pac 12 school by 3, but they also beat Alabama by 3, and that says more about A&M than it does about Alabama. Or maybe it's the other way around. Either way, the one that's better for the SEC is the correct one.

As far as schools that you have to double check to see if they're in the Sun Belt or 1-AA go, UT-Chattanooga is one of the better ones. And Kentucky is 6-2 instead of 5-3 because they beat this 1-AA school.

I don't care who it's against, fourth quarter comebacks against regional rivals are always impressive.

The 'dores beat this 3-5 Mountain West school so bad that the Rams have subsequently been calling for their coach to be fired. That's always a good sign when a school wants their coach fired after they lose to you.

The Tigers were getting blown off of their own field for three quarters before showing the eye of a champion, and rallied to keep their very real, and very reasonably held, playoff hopes alive.

This is why MSU is 5-3 and ranked and not 4-4 and probably just ranked a little lower. Great win.

Big Ten and Big XII homers, as well as people who don't drive pick-up trucks to Applebee's at least once a week, and probably Notre Dame fans, love to argue that the SEC doesn't deserve three or four teams in the playoff. But they can't argue with the results above.