Over the next few days, ahead of Orange folk flooding my fine city for the FINAL F*ING FOUR, I am going to post some guides on Houston attractions for the readership of TNIAAM. I'm aiming for relatively leisurely in these guides since the basketball team and surrounding hoopla is the focus, not a city visit necessarily. 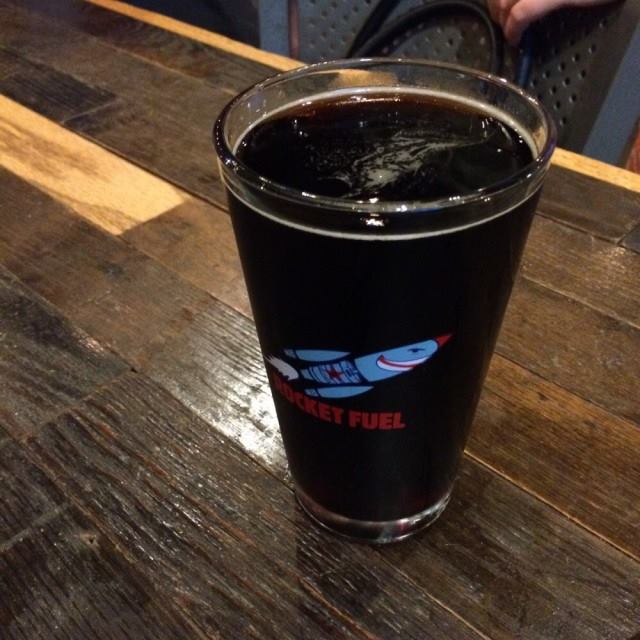 Knowing you all as well as I do, I start with the most important topic of all: beer. Below I will list local breweries to visit and bars that cater to discerning beer drinkers.

The Houston area has quite a few breweries that are worth your time to visit, though some are a bit further away from everything than others. I'll focus on the four most accessible ones (all worth checking out) and then list some others that are best visited if you are renting a car and willing to venture well beyond the 610 Loop. Be warned: this is Houston, so accessible still means an Uber in most cases. Unfortunately the area around NRG Stadium doesn't have much going for it, so any non-basketball activities will take you away from the area at least a little ways. Even if you can't get to the actual physical locations, look to try beers from at least some of these breweries while in town.

This is my personal favorite for a few reason. Firstly, I think their beer is the best across the board. There may be breweries that have one beer that stands out, but Karbach makes very few beers, of any style, that are not worth trying. And they have a lot of choices in case you have a crowd with varying tastes.They also, like many breweries, offer beers on tap that are not served anywhere but right there. If bourbon barrel aged is your thing, try whatever Hellraiser they have on tap.

Another reason to like Karbach is the food. The food is really good and there is some variety to what they offer. It is run like a restaurant, so reservations may be necessary if you don't want to wait at lunch or dinner (if you're just drinking, though, the bar is ready to go.)

Finally, if the weather is good, Karbach has a great dog-friendly patio that can be used for drinking and eating alike. The patio also has outdoor games like cornhole for revisiting those college days.

Where Karbach's facility is refined and polished, 8th Wonder's tap-room is no-frills and industrial. Located in a warehouse in the up-and-coming industrial area of EaDo (East Downtown), it's bar area is basically outside as the large garage doors remain open during business hours. There is room outside as well, mostly to stand, but it works. This brewery has my favorite year-round beer in Houston: RocketFuel (all their beers are Houston sports-centric). It's a Vietnamese Coffee Porter and I love it. Their offerings are on point as well and their pricing structure is good: three beers for $15 and you get a take-home pint glass.

There is no food inside, but they brewery was started by guys who run one of the best food trucks in town, Eatsie Boys, and they always have a truck on hand.

This is also located near other EaDo bar spots like Lucky's Pub and Little Woodrows, and it is walking distance from Downtown proper and Discovery Green Park. (If you go to 8th Wonder, make sure you at least stroll by nearby BBVA Compass Stadium, where the Dynamo and Dash play. You will appreciate the abundant use of orange in its construction.)

Saint Arnold is the oldest craft brewery in Texas, so they've got that going for them. Also going for them is a solid line-up of standard beers and a rotating line-up of usually great beers. I put them at #3 for two reasons: 1) their standard beers, while good, don't quite measure up to the standard beers of Kartbach and 8th Wonder, IMO and 2) the auxiliary features (food, immediate nearby interest, hours) of their facility aren't as accommodating as the first two breweries.

Truth be told, Saint Arnold is the standard bearer in Houston for craft beer as they really did pave the way for everyone else. Even if you don't visit the brewery, you have to give some of their beer a try while you're in town.

This brewery could easily be at number one just for its beer, but that all depends on your tastes. BB goes for experimentation more than anyone else and they pull it off! But not everyone likes that kind of thing, so I put them at four. Their most "standard" beer is a copper ale that is quite good, called 1836. More Cowbell is their IPA that is loved by those that love IPA's. Their Russian Imperial Stout (Lenin's Revenge) is no joke.

If 8th Wonder has a low frills facility, Buffalo Bayou is no frills. But, they are in walking distance from a great ramen spot (Samurai Noodle), Ladybird's bar, and Washington Ave (lots of food). They are only open for a few hours on Saturdays, so most likely you will have to try their beers elsewhere, but keep an eye open for them if you like craft breweries that throw caution to the wind.

No Label Brewing Co. - With several years under their belt they are putting out some good beer.

The Lone Pint Brewery - Gets very good press (including from our very Goldfarb!).

These are some water holes I recommend checking out for beer and easy drinking. Use it as a shorthand if you're undecided on where to go while in town. These bars are spread around town, so at least one should be nearby wherever you might be.

That's it for the first installment of Syracuse in Houston! I'll aim to do food, neighborhoods, and attractions as three more installments before Thursday. (I'll do more if I can think of any other worthwhile topics.) Feel free to quiz me in the comments or ask any pointed questions and I'll answer as best I can. Enjoy and welcome!