After a thrilling win last night, Syracuse Orange fans have learned that Tyler Lydon is serious about that mustache, but I think he's making the wrong facial hair choice.

The Syracuse Orange are turning their season around and the play of Tyler Lydon has been one of the keys. Lydon's play isn't the only thing attracting attention, as his mustache "Rico" has become a topic of discussion. The mustache has even spawned it's own Twitter account

I find that offensive. I am a perfectly placed, manscaped and awesom upper lip decoration. https://t.co/nmnhC3CXi3

I know superstition says not to mess with a good thing, but I'm going to have to side with Michael Gbinije on this one- it's not a good-looking mustache at all. That's why I am here to advocate Tyler Lydon to embracea Syracuse tradition and bring back the Thin Beard. Not to be confused with the Neck Beard of Trevor Cooney, the thin beard holds a special place in modern Syracuse history.

Maybe you remember someone earlier starting the tradition, but to me credit first goes to Otis Hill. In the mid-90s, Otis made the Thin Beard a crucial accessory during the 1996 Final Four run.

The Thin Beard seemed to take the loss to Kentucky hard and it stayed away from Syracuse for a while. It needed to find another worthy host, and it showed that patience can pay off, when it latched onto Scranton's favorite son, Gerry McNamara. Throughout G-Mac's four years at Syracuse, the Thin Beard would come and go, but it was front and center during that magical Big East Tournament run.

That Tournament run might have been powered by the rarely-seen Double Thin Beard, as G-Mac was joined by Eric Devendorf. Devo was fully devoted to the Thin Beard during his Syracuse career, embracing it as his signature and drawing the ire of opposing fans. 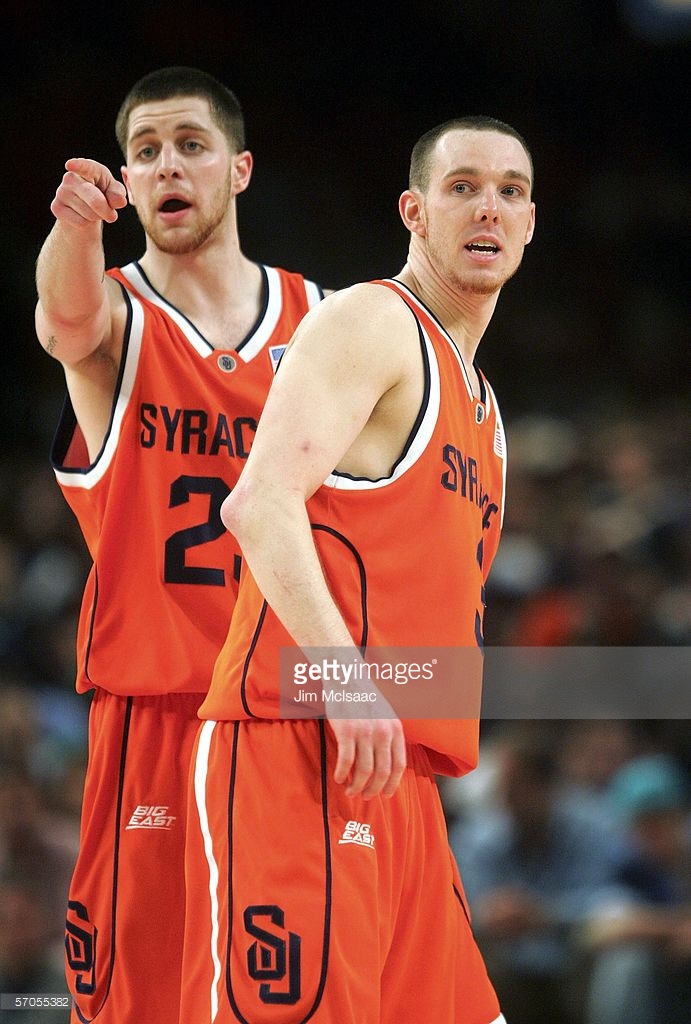 As Brian Pilatzke pointed out, the Thin Beard returned to the middle when it landed with Arinze Onuaku for periods during his tenure. Arinze's case also underscores the power of the Thin Beard, as AO had abandoned the look when he injured his knee against the Georgetown Hoyas.

It's certainly understandable that Syracuse players would be intimidated by these circumstances, so the Thin Beard has been missing in recent years. The time has come for its triumphant return and as the last couple of games have shown, Tyler Lydon has the beginning of a new generation Thin Beard. The 2016 edition could be paired with something besides a shaved head, which would be a new twist on the classic.

So Tyler use one of those holiday gift cards on a solid beard trimmer (I'd recommend a Wahl obviously), get some tips from G-Mac and Devo, and we promise to be patient as you go through the rough patches necessary to shape a magnificent piece of facial hair. Fear not though, let's see that Thin Beard take flight in the new year.