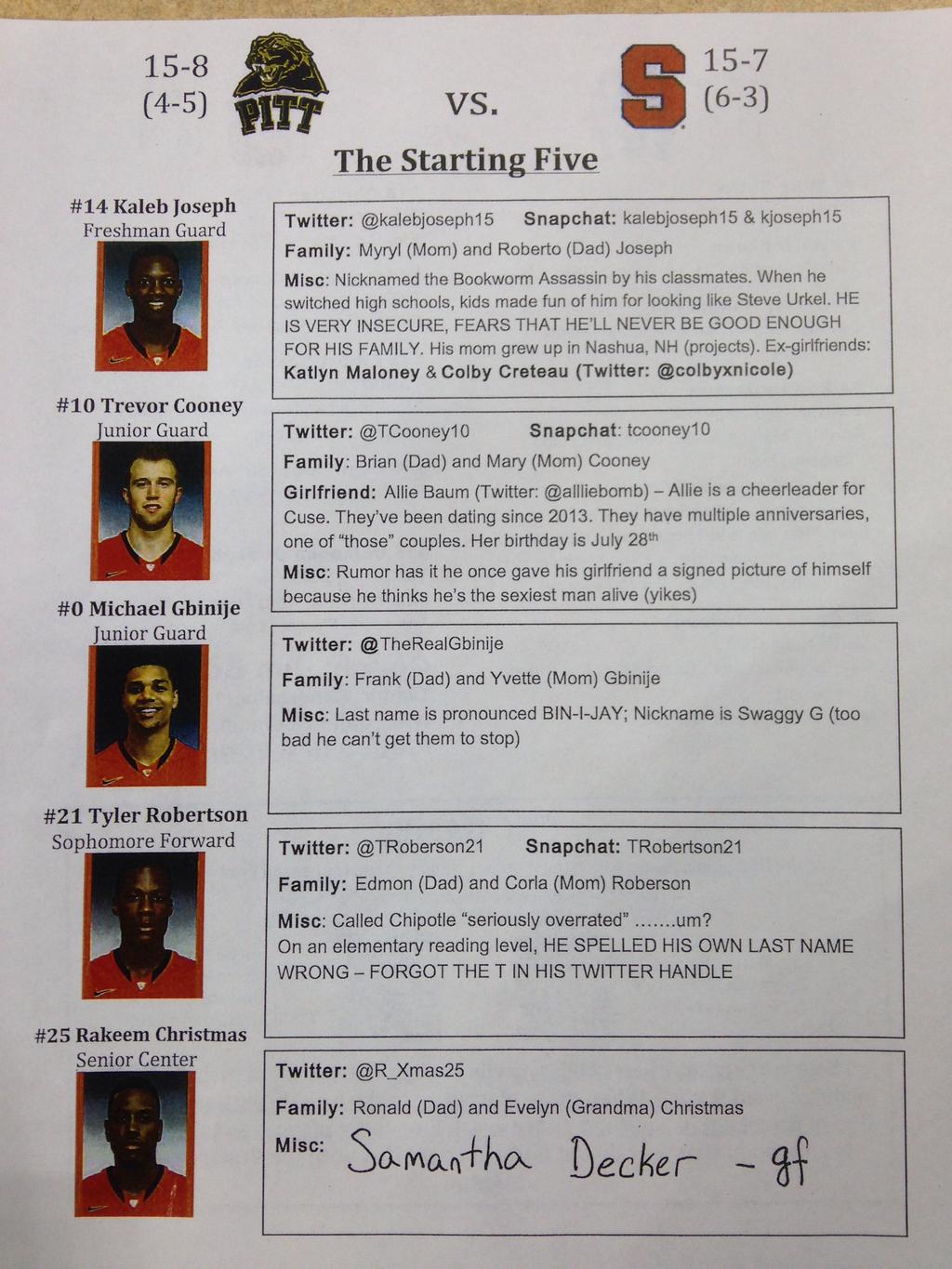 Every now and again I'll actually pay attention to the announcers on a game, and they couldn't shut up about this "cheat sheet" the Oakland Zoo hands out. What with not having a post-season, I find myself with a lot of time on my hands so I looked this thing up.

1.) Do I really need to beat a dead horse on the Roberson/Robertson conundrum they had? I could even forgive them for being mistaken, but they SPELLED HIS PARENT'S NAME RIGHT! Did they think he just got to college and found the "t" too hard to pronounce?

2.) His nickname is Silent G, who the *#&$ calls him Swaggy? Kinda makes him sound like a Scooby gang member (which I would be okay with).

3.) The Bookworm Assassin? Who comes up with these nicknames? He's a point guard, not a Marvel character. Also, making fun of his mom for being from the projects? Have you taken a look around Pitt lately? Pots and kettles...

4.) Apparently even Pitt is sick of the Christmas jokes.

5.) Please tell me the signed picture thing is true. I just want to know that I'm not the only one who does that.

This whole script belongs in Mean Girls, I had hopes for more.