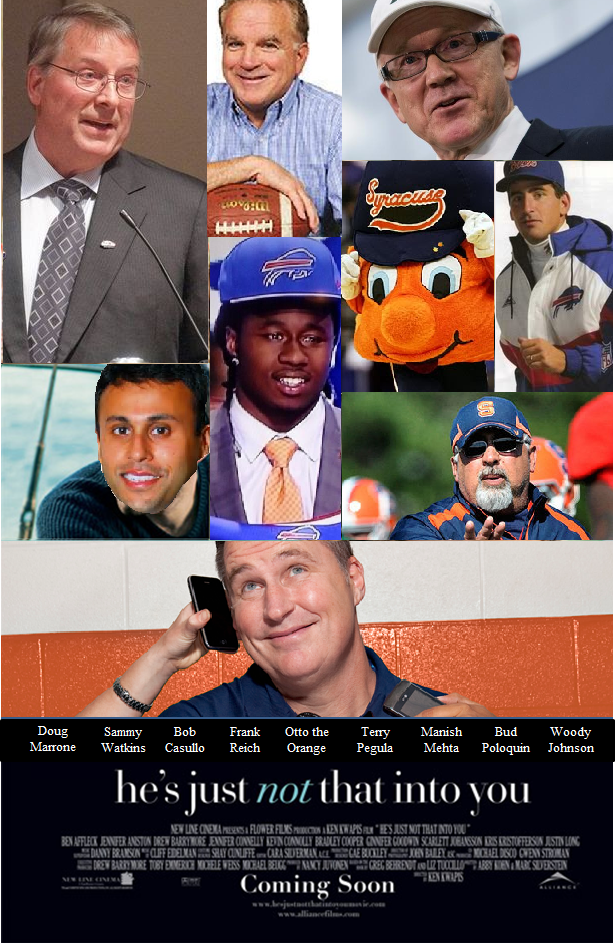 From the creators of The Quindenion comes a story of passion, greed, packaged meats, and gallons and gallons of Gatorade. A story where one man defies the odds (and logic) and stabs the two biggest sporting institutions in Upstate New York in the back all for a chance to do what no man has done before...trade down from one God-awful NFL team to an even worse one!

Doug Marrone is transcendent in his portrayal of Doug Marrone -- a man who goes from Saint to Sinner faster than a George McDonald-led offense can go three-and-out. A man whose idea of success means scaling the lofty plateau of mediocrity and then high-tailing it out of town before anyone can actually expect him to achieve anything meaningful. A man who believes the best way to say a heartfelt goodbye is via Microsoft Outlook.

"he's just not that into you" is coming soon to a theater near you!...likely one in the swamps of New Jersey.