Welcome to week three! Syracuse has released its depth chart today, prior to Saturday's game against the Central Michigan Chippewas.

It's week three of the college football season, and after a bye, Syracuse is back in action! On Saturday, the Orange head up to Mount Pleasant, Mich. to visit the Central Michigan Chippewas at noon ET. But who will be suiting up for Syracuse come kickoff? A screenshot of the announced depth chart below: 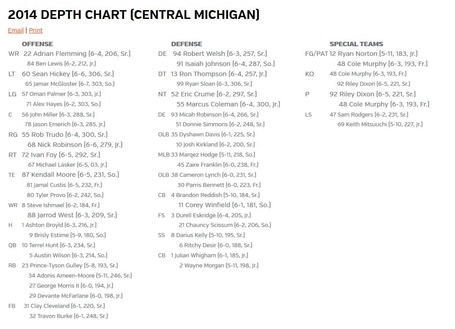 Some changes you may notice, in comparison to SU's depth chart vs. VIllanova from a couple weeks back:

Anything else stand out to you? Share below, and let's start getting excited about this team again! (please?)