We just talked about how the Syracuse Orange football program has been cheated out of Heisman Trophy winners in the past. So it's not a huge surprise that SU would want to try and make up for the lack of hardware by not-so-subliminally convincing upcoming recruits that they're going to be SU's next Heisman Trophy winner IF they commit to play for us...

Syracuse just keep getting better with these pictures ✊ pic.twitter.com/UwOheyUcoO

This Edit , Thanks Cuse! pic.twitter.com/c4mxEsUP8c

Who Knows What The Future Holds ..? pic.twitter.com/iRuqH0i9zh

Here at TNIAAM, we figured it seems silly to stop with recruits who aren't even a part of the Cuse family yet. Why aren't we trumping up the Heisman potential of folks already part of SU? The Invisible Swordsman obliged... 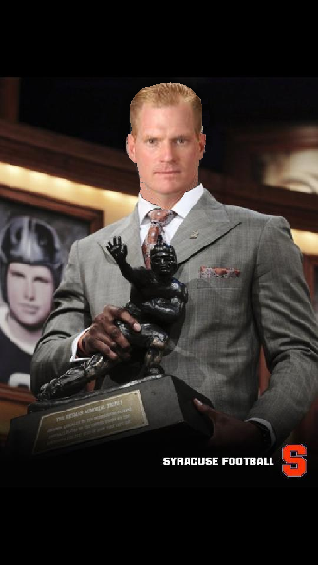 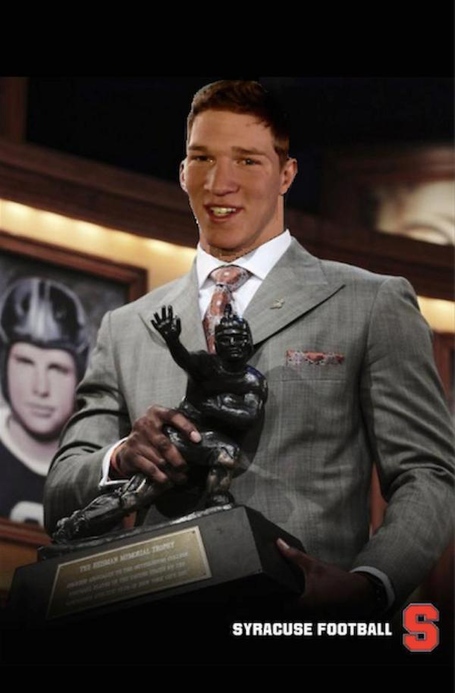 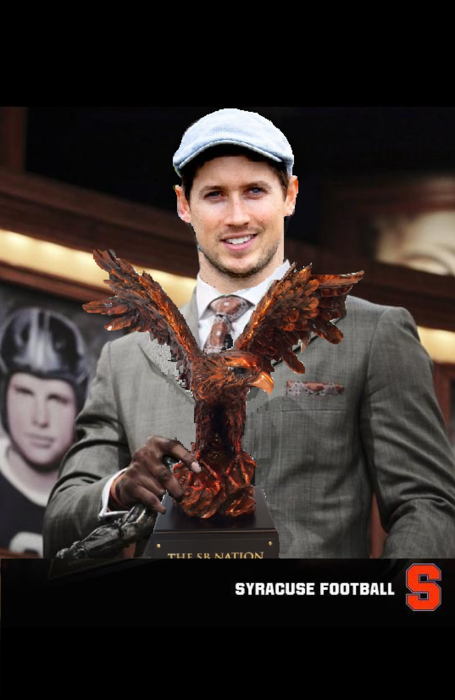 I never noticed how similar my hands are to Riley and Coach Shafe's. What a coincidence