We'll get to see the all-white uniforms in action for the first time on Saturday.

Share All sharing options for: Syracuse Going With All-White Unis Against Central Michigan

The big question headed into the game between the Syracuse Orange game against the Central Michigan Chippewas this weekend?

Who's keeping an eye on Terrel Hunt all day?

Do we win a prize just for throwing enough bubble screens?

Are we using the buddy system when stopping at rest stops en route to the game?

Which uniform will the Orange wear?

During his weekly radio program, Syracuse Orange head coach Scott Shafer let it be known that the Orange would be White.

The Orange will wear a clean, all white look Saturday at Kelly/Shorts Stadium, including the white helmet with orange 'S' — its base road uniform. 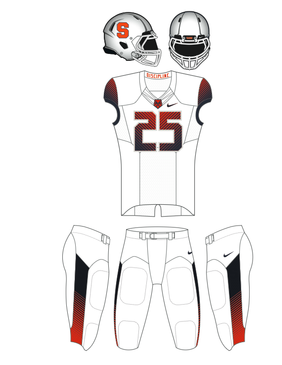 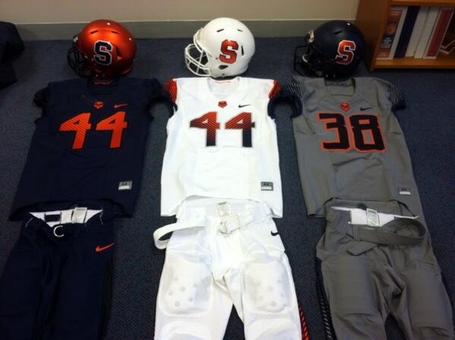 I do like the idea of the all-white uniform and I think it's long overdue, but, speaking of long...those numbers...yeesh. Get rid of that and it's a stellar look. But that's just my opinion...

How bout you? Does it even matter?