Syracuse has released its week one depth chart for Friday night's Villanova game. Let's see what it looks like...

Hey, we're playing a football game on Friday! Against Villanova. At the Carrier Dome. And it counts toward the 2014 standings. YESSSS!!!

Obviously Syracuse needs players in order to face the Wildcats, and that's where the week one depth chart comes in. The Orange released that this morning, giving you all you need to know on who is and isn't suiting up for Syracuse Friday night: 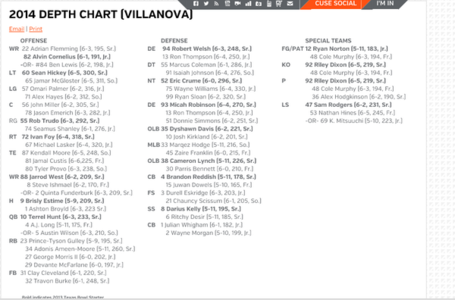 So what does this tell us?

Anything else raise some flags? Either way, these are our guys for Friday, and we're wishing them all the best of luck in the season opener.