I used to get into arguments with one of my college roommates over how useless Maine was. I stand before you today 100% correct.

Share All sharing options for: Screw You, Maine: Syracuse Most Hated In Connecticut, D.C., Maine & Something Called Rhode Island

It was inevitable that there would be a "most hated map" regarding college basketball, the only question was, will the Syracuse Orange show up anywhere? 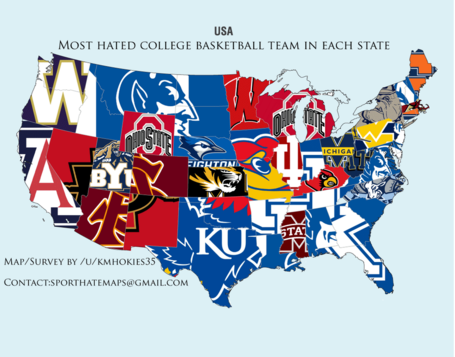 Actually, does Rhode Island count as a state? Pretty sure it's actually just considered an extraneous land mass of the Atlantic Ocean.

Maine? MAINE? Go back to Canada, Maine (feels good as a Syracuse fan to be able to lob that insult at someone else).

Connecticut, we're cool. Appreciate the hate. Keep it up. Wish we could return the favor but clearly we've got a bone to pick with Georgetown. We'll get back to you soon enough.

Speaking of, apparently Washington, D.C. still isn't too high on us either. Good. Gooooood. 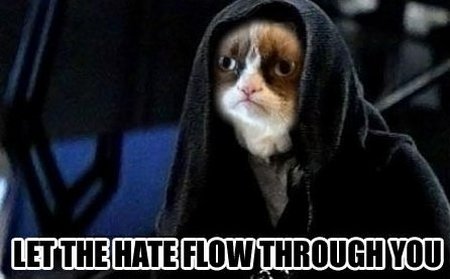 As for Massachusetts...get your act together, Boston College. Not a good look.