This right here is fake. It's actually a version of a dream I had mixed with some things I kind of want to see happen. Sorry for any possible confusion.

"Look, we don't want to be pigeonholed by one centralized location. Sure, the school is based in Syracuse, which is in central New York, which puts it center to most things in the state. But our heart, our soul reaches everyone everywhere. Specifically down state. I'm talking about the Big Apple. New York City. New York City is what I mean," Daryl Gross, PHD, New York's College Team's athletic director wrote in a series of rambling tweets.

Continuing on Twitter while refusing to answer calls from local media, Gross wrote the school decided to make the change now to follow in the "re-branding buzz wake" of the Atlantic Coast Conference's decision to change its logo. "It's all about future successes and maximizing the potential to capture the intensity that is the soon-to-happen moment. The ACC and NYCT are doing just that and we're ready to sustain excellence for all the futures of tomorrow."

Across the campus, however, the unprecedented move, changing Syracuse University to New York's College Team, doesn't sit well with everyone. Several professors have voiced outrage over the move and have even taken to joining student-led protests regarding the name change.

"One day we're Syracuse University and the next day we're some logo, some catchphrase you see on the side of buses? This is ridiculous and embarrassing," Max Maxerson, sociology professor, said while marching with a group of roughly 50 students and professors outside of the Carrier Dome. Maxerson had to cut his remarks short, however, to inquire about the status of his season tickets for the upcoming basketball season.

Still, many professors and students were pleased to learn the actual location of most classes wouldn't be changing. Although, Newhouse students would be directly affected, having to travel by bus to Bristol, Connecticut on a daily basis.

Mounting anger or not, obviously NYCT as a school name is all about the bottom line, which seems to have struck a chord with experts. D. Rovell (wait, that's probably too obvious). Darren R., a social media narc and know-it-all in all ways douche-baggary, says the name change will, "take this school to the Next Level, capital N and L. Next freakin' Level, hombre. I've personally talked to two people who run P.R. for Skittles, deep inside the Skittles empire, and they're upset they didn't think of it first. I would put New York's College Team right up there with Seventh Generation detergents in terms of overall Q appeal right now. Big, big move."

Jim Boeheim, legendary New York's College Team basketball coach, is out recruiting and could not be disrupted according to assistant coaches Mike Hopkins and Adrian Autry. 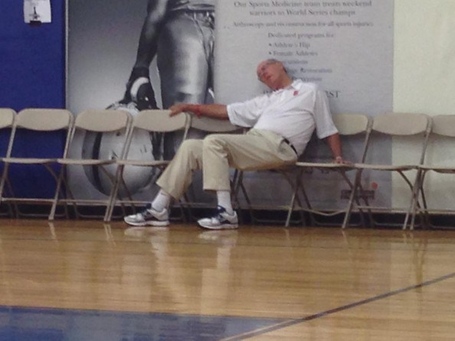 (Completely unsolicited, Gary Gait sent in this exclusive photo of him "playing around at one of the houses with my kind-of-annoying but still fairly righteous nephews.") 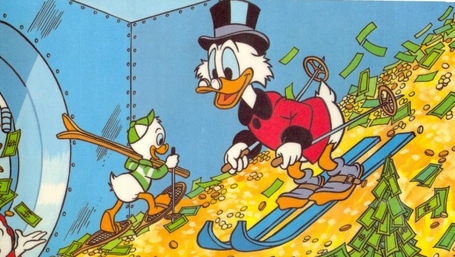 Scott Shafer, NYCT football coach, on the other hand is pretty fired up about the name change. "Hell, the Detroit Pistons play a half-an-hour away from Detroit! So we're New York's College Team for every town and city, five hours away or not, we're their team! Hell yeah, I love it! Look out, world, here comes hardnosed NYCT!" Shafer continued to scream "Hardnosed NYCT" while bouncing on 12-year-old Jimmy Swamshire's trampoline well after this reporter was out of sight.

Being seen, though, is what this move is all about for the school, which will now split its various athletic home games between the Carrier Dome and several parks and playgrounds in and around New York City. We have also learned that NYCT will continue to apply to host NCAA men's basketball regional finals, guaranteeing the NYCT Orange will play far away from home in March.

"WE'RE RE-BRANDING BRANDING!" Gross tweeted in all caps before sending out a selfie of himself in what looked to be chancellor Syverud's unlit backyard.