Syracuse Basketball: The Struggle Is Real

Next season might be a bit of a toughie, you guys.

Share All sharing options for: Syracuse Basketball: The Struggle Is Real

We live in the golden age of Syracuse Orange basketball.

I know you don't think we do but we do. Look at the past six years. Look at our yearly rankings, our overall records, our NCAA Tournament seeds and our NCAA Tournament advancement. Sure, we have no titles in the last six years but there hasn't been a sustained period of time in which SU basketball was this good year in and year out in decades. Possibly ever.

And THEN you look at our recruiting numbers and what the future holds.

Part of this recalibration has been getting used to this idea of "reload not rebuild." Even when we expect SU to drop off a cliff following the departure of three or four key players, everyone steps up and we exceed expectations. Hell, the "worst" team in this entire run was the one that actually went to the Final Four. And then they left and their replacements spent a chunk of the season ranked No. 1.

Notoriously fickle, SU fans are finally starting to get used to the idea of consistent success.

So the fact that 2014-2015 might actually be The Great Rebuild Reaping Foretold In The Scrolls By Our Elders is suddenly a very hard pill to swallow.

In order to see if this was the biggest loss of talent Boeheim has endured in his 38 seasons, I calculated the percentage of production returning in four key categories (points, rebounds, assists and minutes).

Even if Dajuan Coleman is healthy, next year's team will rank last in points returning and among the bottom five in the other critical statistics.

I believe the feeling you're going for is...

Of course, it's not like Jim Boeheim & Co. aren't used to replacing large chunks of production every season. Between the seniors and the lottery-bound early entries, Syracuse has gotten extremely good at plugging in help where it's needed. And there's no way to account for the impact that Chris McCullough and Kaleb Joseph will have, which doesn't seem so crazy considering we're coming off The Tyler Ennis Experience.

Still, you know, when you put it like that, what with the lack of any kind of consistent returning scorer....guh. Look, if we have to accept one season of...how do you call it...rebuilding?...as a buffer between the First and Second Golden Eras of Syracuse Basketball, so be it. And if that "rebuild" is a 22-win season with a 6-seed in the NCAA Tournament, well, suffer bravely we shall. 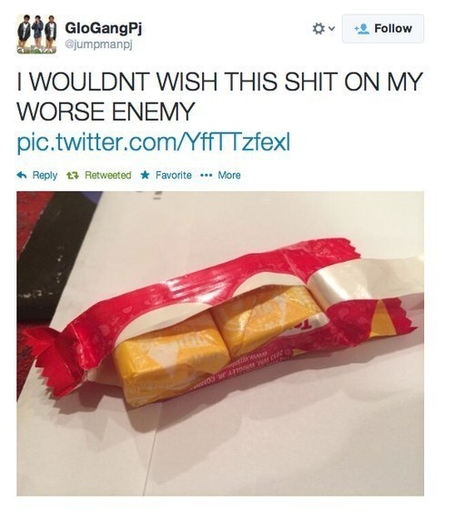 I'm on board with tempering expectations for next season's basketball team. And I know this always makes me sound like a Skip Bayless-ian Hot Sports Taker, but, Syracuse does it's best work when no one's watching. It's science. Believe it.

Last year, Syracuse scorched the nation all season long only to fall apart in the end. The year before that, the team struggled all year to find an identity before putting it together in a Final Four run. If those are my only choices (and sometimes it feels that way), I'll take #TeamRealStruggle and add another banner to the rafters.

Or, I suppose, I could just blame Chris Carlson for his insubordination and pot-stirring...

I am excited for a great SU Basketball year with a great team led by @R_Xmas25! Not a rebuilding year! SMH @ccarlsononSU. Show respect!