Get To Know Your Orange Man - #47 LS Sam Rodgers

"Get To Know..." continues with senior long snapper, Sam Rodgers.

Share All sharing options for: Get To Know Your Orange Man - #47 LS Sam Rodgers

2013 Stats: Rodgers played in all 13 games last season. That's about it for stats when you're a long snapper.

2014 Projections: He's projected to do the long snapping again. Yep.

How'd He Get Here: Rodgers was invited to be a preferred walk-on at Penn State, UConn, and Ohio State, but chose Syracuse when he was offered a scholarship.

What'd Recruiting Sites Say: Two stars from Rivals, but nothing from Scout.

Money Quote: On what it's like to play this position:

You have to be humble to be a long snapper. Going into it, it's not like I expect (praise). You just get enough satisfaction doing your job well and not getting mentioned.

Links Of Wonder: He was nominated to the Allstate AFCA Good Works Teams in 2013 and 2014 in honor of his significant involvement in various community service endeavors.

Twitterfeed: Check him out @samJohnThree17

What Does Shafer Think Of Him: Not so sure, but according to former coach John Anselmo, long snappers are of prime importance:

The second seat on the plane always went to the long snapper (after the quarterback). That's how coaches think of long snappers. If you don't have a long-snapper, you have a problem.

Interesting Nugget O'Interest: Rodgers also played linebacker and defensive line in high school. He began to focus on his skills as a long snapper when coaches told him that refining that ability might open some doors to play in college.

Let's Get A Good Look Atcha: Instead of highlights, here's a nice shot of Sam and Shafer: 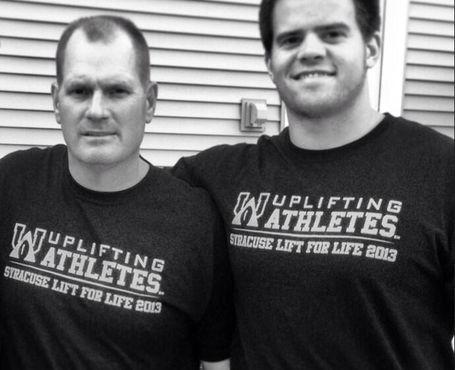