Get To Know Your Orange Man - #71 OL Alex Hayes

All the shuffling around of players on the offensive line has opened up some doors for this sophomore to see the field.

Share All sharing options for: Get To Know Your Orange Man - #71 OL Alex Hayes

2014 Projections: Syracuse returns a lot of experience on the offensive line, which doesn't bode well for Hayes. However, there's been enough shuffling and switching players around the various positions that Hayes has moved up in the depth chart. He's only behind Omari Palmer now, so that certainly opens the door for him to make his debut this season.

How'd He Get Here: Syracuse was the coldest place on his list. Kidding...sort of. Even though he had offers from Tulane, East Carolina, Central Florida, and Georgia State, Alex "hated the heat."

Money Quote: He had this to say about lunch at Dinosaur BBQ during his visit to SU:

Links Of Wonder: More good quotes from Alex over on Orange Fizz, ladies and gents.

Tweets Of Wonder: By definition, this tweet does make me wonder:

My boy @_alexhayes75 got him a snow bunny lmaooo I knew it would happen !

What Does Shafer Think Of Him: Aside from being smart and having good feet...

He's also like an 11 handicap on the golf course -- the first O-lineman I've ever heard of who can play golf.

I thought it was an opportunity for those kids who have been away from home to see the whites of their parents' eyes, which can be a really healthy thing for those youngsters.

He didn't name names, but Hayes is one of the few guys from Georgia, so he may have been in Shafer's thoughts. 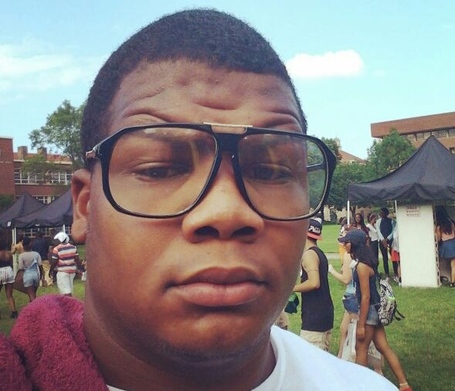