Not included in today's presentation were the orange jersey and pants combos, which, actually look like the best ones of all.

Not lost on Syracuse Orange fans was the fact that all three of the new Nike football uniforms featured a whole lot of colors other than orange. All three uniforms used orange as an accent color while showcasing white, blue and platinum instead. It's something we're used to seeing out of new SU uniforms, for whatever reason, and the day someone explains why the Orange aren't wearing orange will be the first day we find out why.

However, Scott Shafer mentioned that orange pants were in the future for the uniform set. And when you go searching on Cuse.com's gallery of the uniforms, you come across a bevy of orange-colored jersey and pant combinations, all of which, in my humble opinion, look WAAAAAAAAY better than all three uniforms presented today. 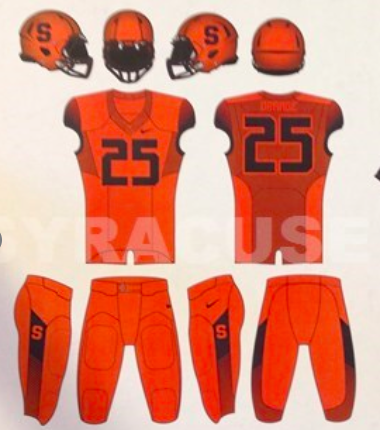 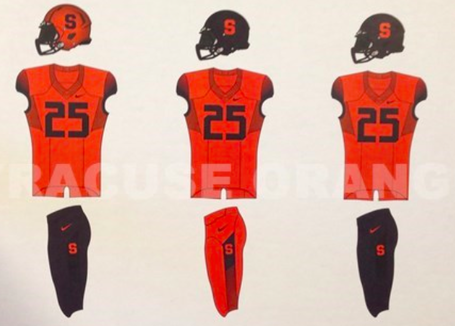 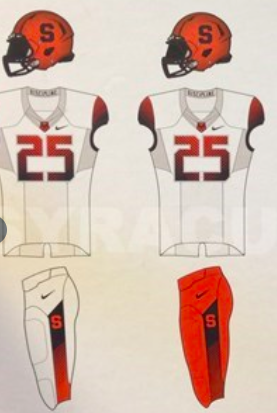 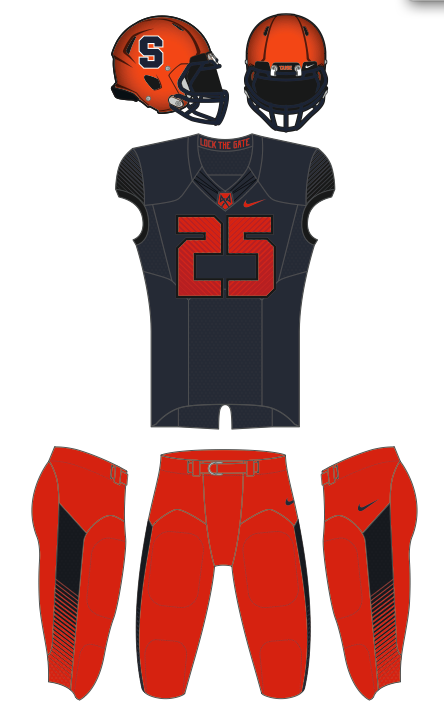 And then the question is...WHY?

And the next question is...HUH?

And the final question is...GUYS?