The Orange will have three base uniforms next season, none of which are actually orange. Go figure.

Syracuse Athletics promised a major announcement on Wednesday afternoon in DestinyUSA and they did not disappoint as they unveiled four new Syracuse Orange football uniforms for the 2014 season. 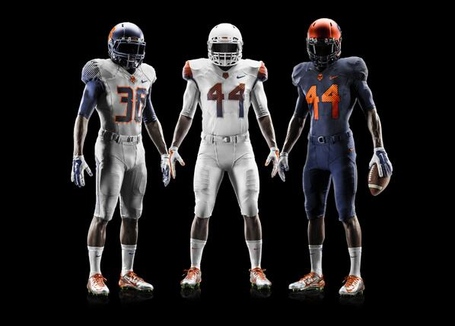 1st look: the base uniform pic.twitter.com/ddNZrbneFH 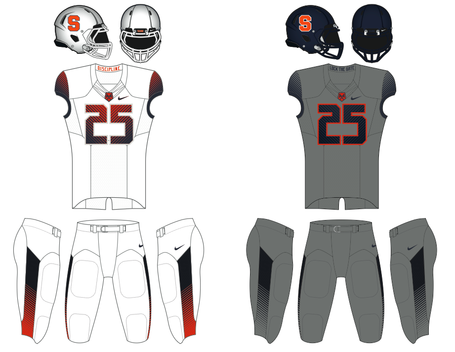 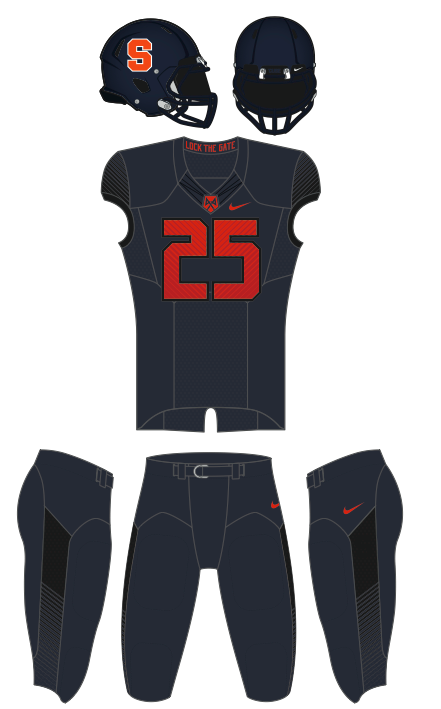 According to someone affiliated with SU Athletics, there is a version with orange pants that won't be coming until 2015. So, for the time being, you're looking at three uniforms combos, none of which feature very much orange at all. Do with that information what you like...