Syracuse vs. Duke: Game Day At The Dome

Festivities started bright and early at Syracuse in celebration of the most highly anticipated game of the season.

Share All sharing options for: Syracuse vs. Duke: Game Day At The Dome

The live show may have started at 10:00 AM, but the crowd was in the Carrier Dome before 9:00 this morning to get ready for ESPN College GameDay. Students and fans were treated to a great crew of Rece Davis, Jalen Rose, Digger Phelps, and Jay Bilas during the two hour broadcast.

In a sea of orange in the stands and on the sidelines, a few things caught my eye:

Digger Phelps kept the crowd engaged during breaks, starting a number of cheers. The loudest reception, though, was when he first stepped on the court and declared, "You will be a part of history when Syracuse beats Duke!" He gushed about the Syracuse student section in general, saying that it's the best in college basketball. Then, he rolled right into a "Who's house?!"--"Cuse house!" call-and-response to kick things off.

A number of times during the show, the crowd would raise up and drown out the broadcast any time an Orange player was mentioned or shown on a highlight. Of course, the boos were just as loud whenever players from any team not named Syracuse was given air time.

In an amazing show of respect, the Dome was silent during Rece Davis's interview with head coaches Jim Boeheim and Mike Krzyzewski. Everyone wanted to hear what the Hall of Famers had to say, and the crowd seemed to be hanging on every word.

Former Syracuse basketball stars, Derrick Coleman and Billy Owens were also in attendance. They even joined the fun on the court for a segment, somehow bringing even more energy to the Dome.

The real stars, though, were the fan signs -- each more creative than the next. For your enjoyment, I managed to capture a few: 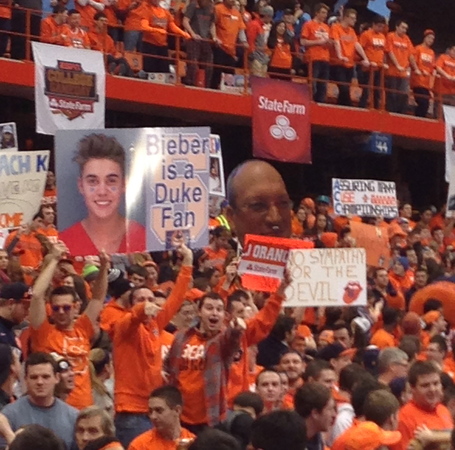 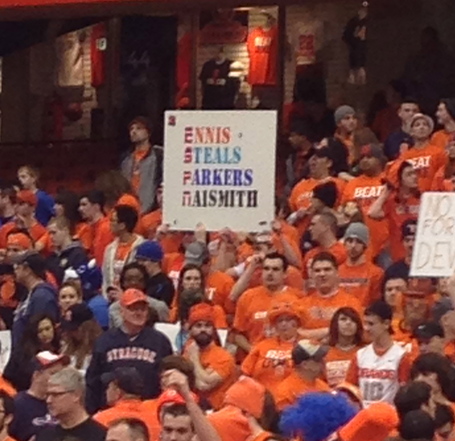 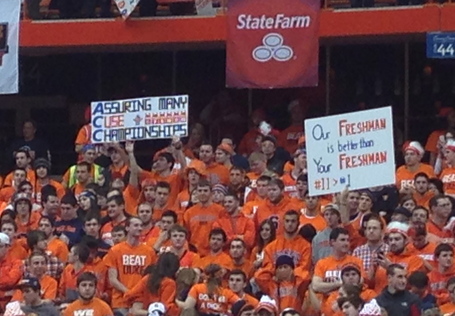 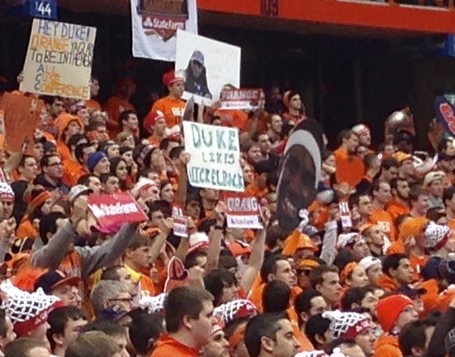 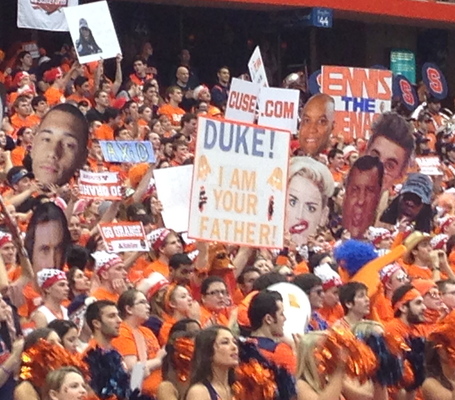 Star Wars reference? Must be a reader.

It was a fantastic atmosphere at the Carrier Dome this afternoon, and it's only going to get better tonight for the game. Gear up, guys. It's going to be a good one.

For more highlights, including photos from the Game Day extravaganza, click here to check out my Twitter feed!