Chris Carlson from Syracuse.com ran a feature on Rodgers this fall, which gives more insight into Rodgers' off-field accomplishments during his time at SU, including a detailed look at his community service.

Congratulations to Sam Rodgers for his accomplishments on and off the field during his career at Syracuse. 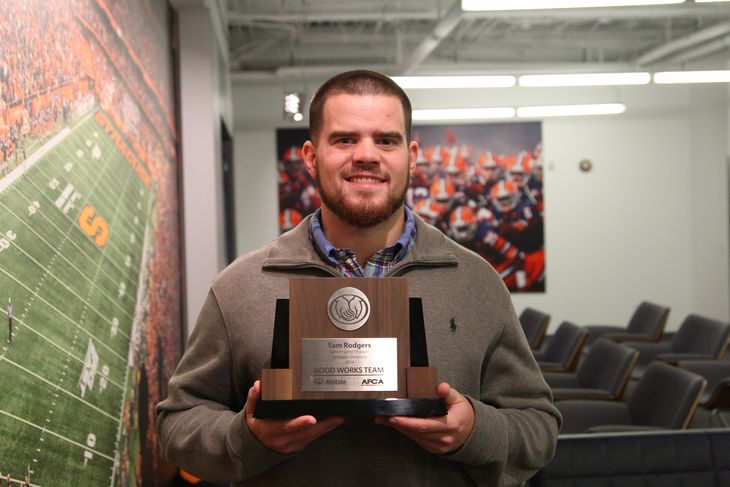