Nothing new has come out about Syracuse football's uniform update for this fall. We'll continue to speculate just the same...

As we mentioned the other day, the rumors about Syracuse's new football uniforms include a lot of orange, chrome and platinum. There's mention of an all-blue option in there as well, but we'll ignore that for the time being. If we're looking to do things that grab recruits, I'd assume wearing a whole lot of blue isn't it. Do you know how many schools have blue as one of its primary colors? I counted 43, including Syracuse. That makes it pretty hard to stand out compared to our peers, no?

Additionally, after calling for mock-ups in Monday's post, I only received one response (also the main photo for this article, thanks again to Eric Schmeltzer). 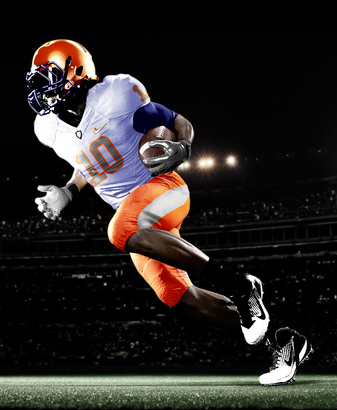 As you can see, not a whole lot of blue there, which oddly... makes sense. Take a look at Syracuse basketball uniforms of late. And lacrosse uniforms, too. Football has been a strange holdout over the last few years -- doing so much as to go the complete opposite route and dressing the team entirely in blue. But at some point, let's assume the football team falls in line with recent trends. Let's assume the football team (GASP)... starts wearing predominantly ORANGE. I present to you the proposed Syracuse Orange football uniforms for 2014: 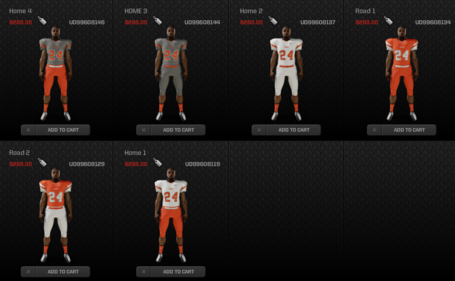 Ignoring the home/road distinctions (Nike's uniform builder has its confusing aspects), let's take a gander at each of these options, which center around our new primary colors: Orange, "platinum" and white. Also, assume orange helmet for all of these. Nike didn't have that design option available (and I'm not talented enough on Photoshop to add). 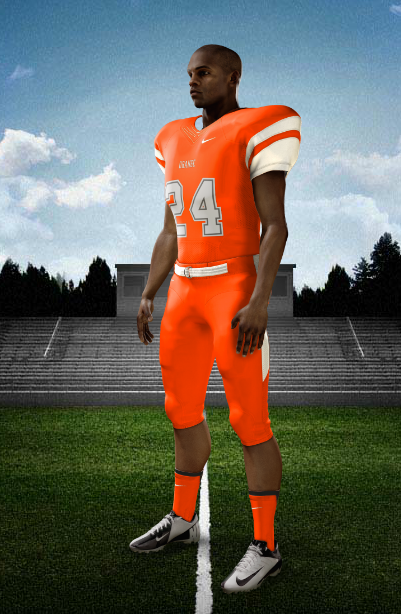 This one's all orange, with nods to platinum as an outline color. Sleeve stripes weren't as flexible as I would've liked, but something a bit simpler (yet along the same lines) probably wouldn't be awful for us. 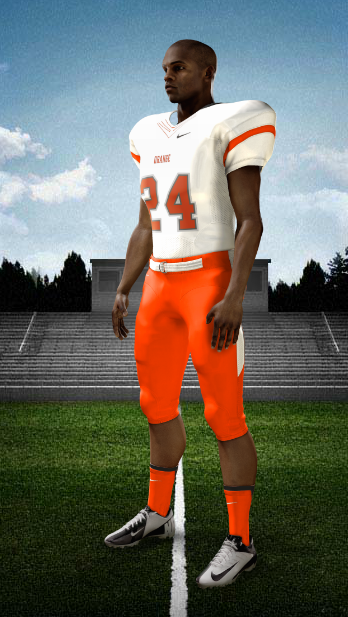 Similar clean look here as we saw in the home uniform, plus the pants are exactly the same. The white uniform is an adjusted version of the current home basketball uniforms -- just changing the numbers to orange (as they probably should be anyway). Was also able to get a simpler stripe here, which I think makes the sleeve look less unnecessarily busy. 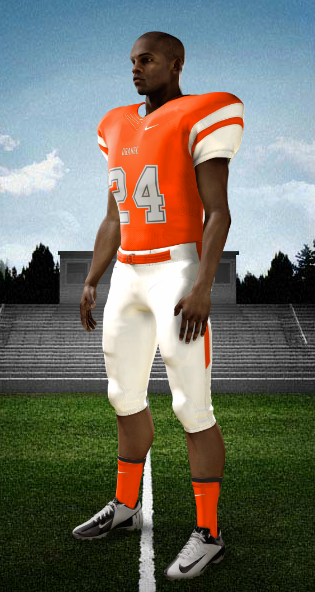 Here's the first appearance of the white pants in the set (plus three-color stripe). Jersey's exactly the same as the original home set. Monochrome is fun (if executed correctly) every so often, but this one could actually see more time on the field if they're looking for a more classic look.

I'd argue this is the cleanest look of the bunch. The all-whites can be broken out whenever Syracuse ventures down South in the fall to combat the 90-degree temperatures. If there's a white or platinum helmet to bust out, this could be a cool aesthetic as well. It could also remind you of storm troopers. 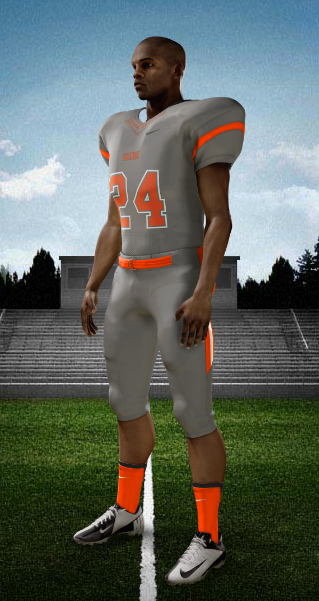 PLATINUM. It's a stark departure from what we normally wear on the field, but that's not a bad thing. The platinum look can be worn either home or away and still manages to keep enough orange in the color scheme that we remember what the team's name is. Ideally, I'd think this goes with a chrome orange helmet, but I suppose DOC Gross wants platinum there too... I'd rather not, but oh well. 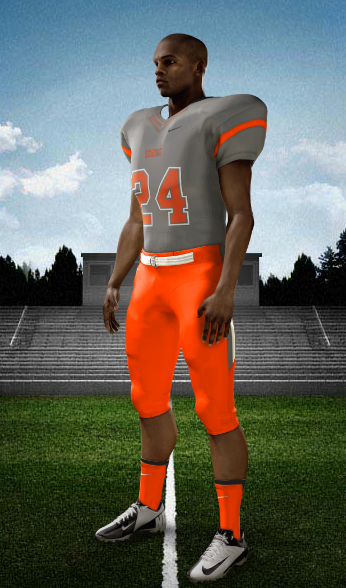 This is one of several combinations we can get out of the platinum uniform elements, but we'll only dive into this one. As you'll notice, this is actually a slick look -- especially given the pants striping (a streamlined platinum/white). The orange socks actually make a bigger impact than you'd initially think, keeping one consistent element to the set.

So, what do you think? Seem like this is the route the uniforms may go in? Happy about the de-blueing of Syracuse uniforms? Is there anywhere you'd maybe insert blue here to call back to it a little bit? I personally don't want to get rid of blue entirely, but if choosing between a lack of that color or a lack of orange, I think we all know what's the preferred outcome.