Syracuse won't stop until the entire campus is covered by one gigantic retractable roof.

Not content to simply focus on a replacement or renovations for the Carrier Dome, Syracuse University has announced an audacious plan to add a retractable roof to the 143-year-old Hall of Languages building.

The University released a letter written to Syracuse Mayor Stephanie Miner detailing its vision for what they say "ain't your Grandpappy's Hall of Languages."

Syracuse's Hall of Languages has fallen behind the times," said Chancellor Kent Syverud. "The rooms are stuffy. There are severe ventilation problems. How is anyone supposed to learn a language in that kind of environment in the 21st Century?" 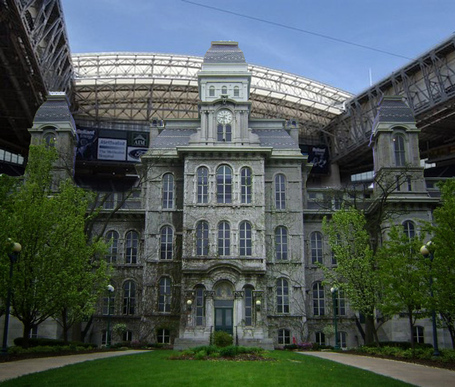 When pressed for comment, Syracuse basketball coach Jim Boeheim didn't appear to be a fan of the idea.

Syracuse admits in the letter that it currently has no formal agreements or architect in place but posits the possibility that this is merely the beginning.

"Walking around Bird Library the other day, I kept wondering why they didn't just build it with a retractable roof back in 1972," said Syverud. "And the sooner we can put a giant retractable roof over South Campus, the better. That place creeps me out."