More details are starting to leak out about Syracuse's ground-up football uniform redesign. And you might not be pleased with all of them.

While we've yet to get any accompanying images just yet, more news is starting to come out around the Syracuse football team's complete design overhaul for the 2014 season. According to Syracuse.com's Nate Mink, looks like things are going to look a WHOLE LOT DIFFERENT this fall:

According to one source, there are uniform combinations with orange jersey tops and orange pants, blue tops and blue pants and white tops with white pants. There is also an orange chrome helmet. Another source said there was also an all-gray look, including a gray helmet.

Going to assume the reference to gray will end up resembling the forays into "platinum" already experimented with by the basketball and lacrosse teams in recent years. As we've mentioned around here before, this is not a preferred color scheme, mostly because it reminds us of... 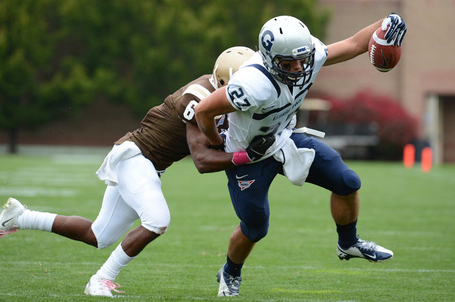 ...As for the chrome concept, this could conceivably work out pretty well. It's also likely we received a preview of the new lid a couple years back, via Nike Blog. 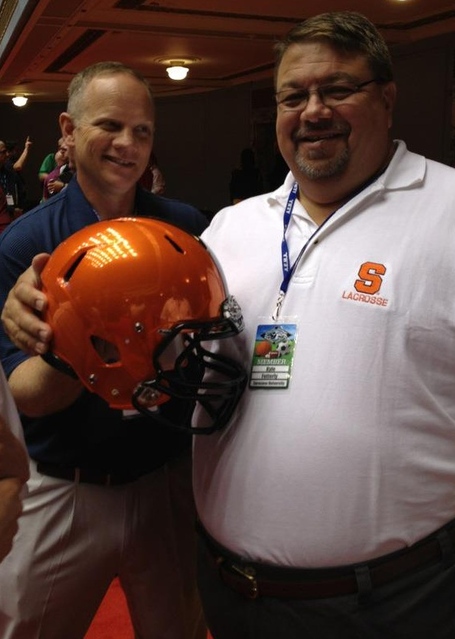 Like the original article notes, Scott Shafer is "excited a hell" to change things up with SU's uniforms. And unlike one James Arthur Boeheim, he seems totally on board for whatever Nike hands the team. Said Shafer back in September:

So, what do you think? Happy about the chrome? Want to kill the gray/platinum set with fire already, despite having not even seen it yet?

P.S.: If you'd like to submit some mock-ups of these different looks described in the Syracuse.com post, feel free to email them along (jcassilloii at yahoo dot com) or simply post the images in the comments below. We'll be able to add them to the main article from there.