The Syracuse basketball team is caught in the middle of two college basketball narratives, neither of which hold up under much scrutiny.

Share All sharing options for: The Undefeated Narrative, The ACC Narrative & Syracuse Basketball

Despite being ranked No. 2 in the nation for weeks, the Syracuse Orange have been under the radar, relatively-speaking, this season. As usual, most of the national attention was on programs like Duke, Kentucky, Michigan State and Kansas. And in the meantime, the Orange flourished.

This past week, that all changed. All of a sudden, national college basketball reporters found out about Tyler Ennis and a million profile pieces "introducing" everyone to the freshman phenom were born.

Then, the Orange survived a stout attack by the Pittsburgh Panthers, a team many pundits expected to beat the Orange on their own turf. When Syracuse won, thanks in large part to Ennis, it seemed like the cat was finally out of the bag.

Talk of the Orange being the nation's best team has begun.

Syracuse going 18-0 is a non-event, as shown through this insane stat. But their doing so against a solid non-conference schedule and in-conference programs such as North Carolina and Pitt is enough to get the national media's attention. Gird your loins, Syracuse fans. Pat Forde and his ilk are about to start paying attention again. No good can come of this.

While SU is succeeding, they're also caught in the middle of two ongoing college basketball narratives that are going to grind your gears. The "who will go undefeated" narrative and "the ACC isn't good, ergo Syracuse isn't all that good" narrative. Let's dive in to both so we can all be prepared as they come up.

The undefeated narrative pains me. It literally makes me wince. I don't claim to know everything but I will claim to have been a college basketball viewer since roughly 1986. That's a solid sample size, I think. But even if I'd only watched college basketball for a few years, I'd still feel secure in saying that the chances the Syracuse Orange, Arizona Wildcats or Wichita St. Shockers will go undefeated this season are almost zero.

I don't mean multiple teams. I mean just one of them.

Yes, on paper, you could make a good case that Wichita State, and even Arizona, don't have too many teams good enough to beat them left on the schedule. But of course that's not how it works. Great teams have bad games. Bad teams have great games. Guys come out of nowhere to score 25 points. Guys who routinely score 25 end up scoring 2. And sometimes those things intersect and a great team loses to a mediocre team. Happens all the time.

We go through this every season in college football. We get to early November and six teams are still undefeated. People start freaking out because it looks like at least five of them will still be undefeated when the season ends and it will be chaos. And then what happens? Five of the six undefeated teams lose games they weren't supposed to and things work themselves out (relatively-speaking since this is college football we're talking about).

Same goes for college basketball. Almost every great team lost a game or two they probably shouldn't have. It's obvious. That anyone, let alone college basketball experts, would spend a minute trying to predict one of these three teams will go undefeated, is asinine.

The chance of at least one team ending the regular season unbeaten is 34%.

On paper? Yes. In reality? No way in hell. And I'll be more than happy to take bets from anyone who thinks otherwise.

That dovetails into the ACC, Syracuse's new home, where things haven't gone well for most squads. The flip side of the "Syracuse and Pitt are the two best teams in the ACC" discussion is, "what in God's name would the ACC look like without Syracuse and Pitt???" It's not a pretty picture.

That said, the "Syracuse insider" who said this is a certifiably-insane person.

Syracuse insider told me their fear is regular schedule won't get Orange tested for a long NCAA run. What an indictment of ACC in 2014.

My first thought when I read that was that it couldn't possibly be a person actually inside the program.

My second thought was that it must have been Boeheim mega-trolling.

Syracuse fans who have been following the team for even just a few years can tell you right now that...

1. This is probably the toughest non-conference schedule we've played in a long time.

2. Anytime you still have Duke x 2, @Pitt, @Virginia, Notre Dame and the ACC Tournament ahead of you, you don't have a cupcake schedule.

3. Conference-play, no matter what, more than prepares you for the NCAA Tournament.

The ACC is down, no doubt about it. They should be thanking their lucky stars Syracuse and Pitt came over, if for no other reason than to prop up everyone else this year. But Syracuse has nothing to worry about in terms of NCAA Tournament prepared-ness. Just like all the bullcrap about true road games and RPI, none of it really matters. It had no bearing on Syracuse making the Final Four last year and has no bearing on this year's squad's success.

To feed into the narrative that Syracuse will suffer for the "easy" road ahead is ludicrous and is akin to admitting you know nothing of college basketball. 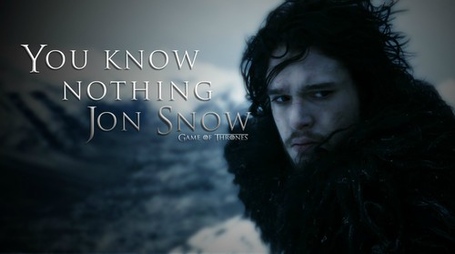