Little known fact, House Stark actually started as a frat at Syracuse in the 40's.

Don't believe me? Then how else do you explain how Robb Stark got into SU without having attended high school, or ANY school for that matter? 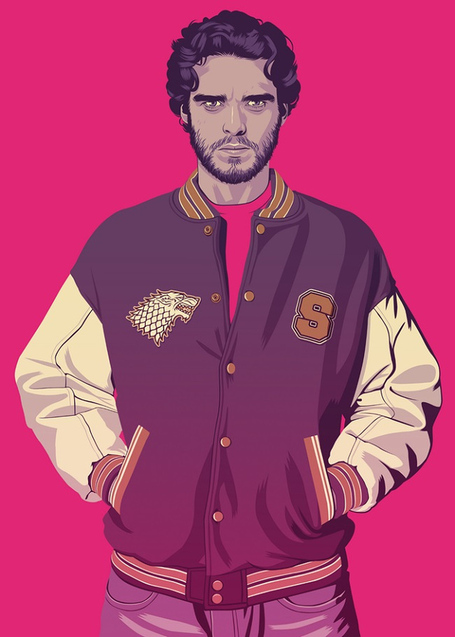 Robb must've attended SU back when we were considering a wolf for a mascot. Must have been a dire choice.

Friends said that Robb was a die-hard Syracuse fan who wanted everything in his life to be orange. He even spoke often about having an Orange Wedding. Close enough...

Now go check out all of artist Mike Wrobel's artwork of Game of Thrones characters in the 80's and 90's.