Original: Intrepid TNIAAM reader Andrew recent went into his Ticketmaster account to change some information for a Syracuse Orange basketball ticket he purchased. Once in, however, he happened to notice that there are a whole bunch of very specific home games against ACC opponents that have yet to be actually announced. 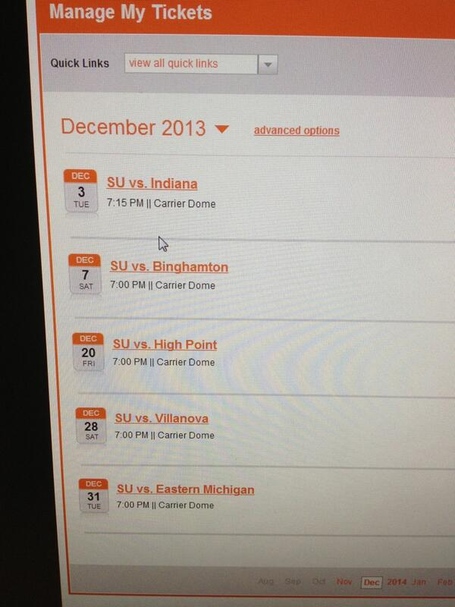 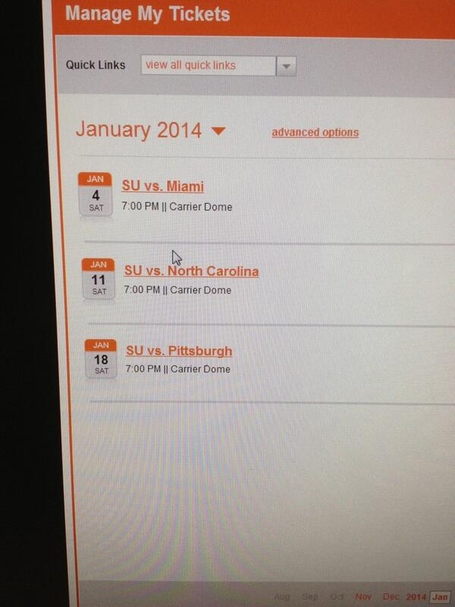 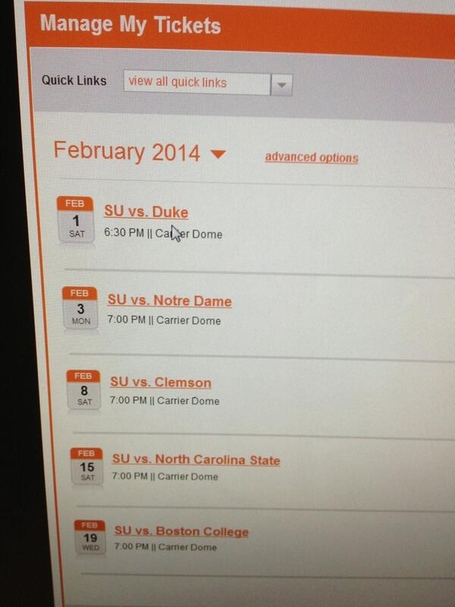 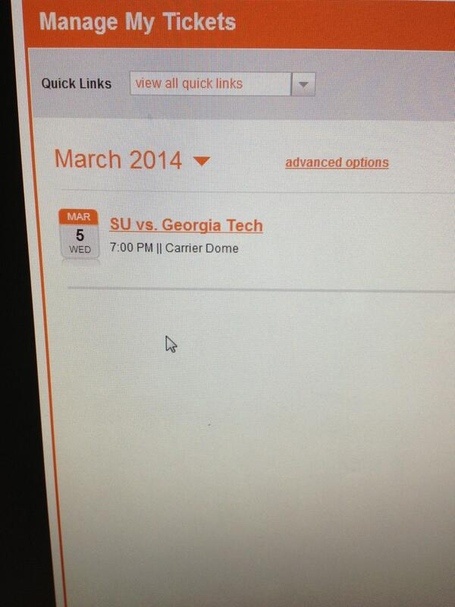 For those keeping score, The games we didn't already know about include...

Go ahead and couple that with what we already know (Duke on 2/1, ND on 2/3, Maryland on 2/24). If this holds up, looks like we're in for a big road swing in late January. Other than that, things look relatively spaced out in the Dome, at least.