Jim Boeheim was recently photographed napping courtside on a recruiting trip. As you might imagine, he has thoughts on it.

No one takes a photo of Jim Boeheim sleeping while out on the recruiting trail and gets away unscathed.

"It was an hour before the game. I flew in from Indianapolis. I got up early and had no sleep," Boeheim said Wednesday during a telephone conversation. "It was 95 degrees. I was in the gym. I was almost alone in the gym, except obviously for some idiot with a camera. So I leaned back against the wall and slept for about 10 minutes. With no game going on."

Let's just hope Boeheim keeps his wits about him while in Vegas. Last place he needs to pass out is at a poker table next to a pro... 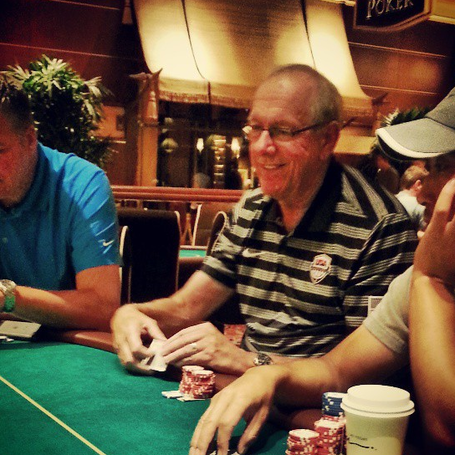