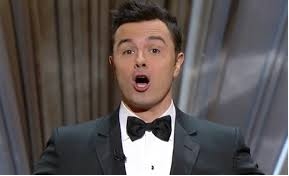 In the story that we read, you bunch of boobs!

Andy Katz you are so damn "disloyal"

Dana O'Neil, we get it, we killed the Big East

You made us feel irate, annoyed, alive! 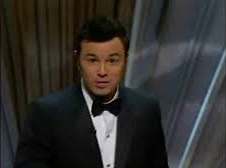 Seth Davis, you are a boob for picking Montana

John Wilner you consistently trashed us too!

Seth Davis again for "smoking some hash", and

In the story that we read, you bunch of boobs

Gregg Doyel you're a boob for asking retirement questions,

two minutes after a loss in the Final Four

Dickie V, up yours for thoughts on non-con scheduling

And the same for ESPN's "Around the Horn"

Dan Bonner, Crabbe is never, ever "heating up"

Jay Williams for dissing our 2-3 zone

go win your Pulitzer some other place

And Doug Gottlieb for lame arguments on the phone,

And "TruTV" and "Turner Sports"

And "The Doug Gottlieb Show"

And wherever else you're talking right now... 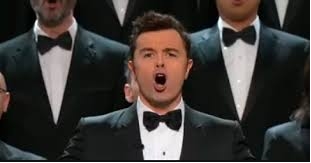 You bunch of boobs!

Wow, the 2012/2013 season was a banner year for idiots of all shapes and sizes, and I'm honored to present the winner of the "Biggest Idiot" SOB award.

While we saw some idiocy within our own ranks during the school year (J South, MCW, more studying and less...um..."shopping", okay???), our old friends in the media have once again raised the bar. Whether it was dusting off old story lines when it suited the news cycle most, vilifying our disloyal and greedy school for destroying college athletics, or simply asking ridiculous questions at the most ridiculous times, there's been some poor journalistic practices out there... further supporting Edward R Murrow's classic quote: "We can not make good news out of bad practice"

And now, the top three nominees based on fan voting and TNIAAM Bloggers are:

This one's a bit of a shocker. Here's what the TNIAAM staff had to say:

"Tough one. Even though Andy Katz was called an idiot, I'm gonna go with Gregg Doyel for his retirement question to Boeheim to kick off his post-game presser. Think about how crappy Boeheim felt BEFORE the question and then realize that his reaction to it was not only justified but probably also didn't go far enough." -Sean Keeley

"Michael Carter-Williams. Not for his litany of dumb-ass turnovers, but for the whole Lord and Taylor incident. Shoplifting? Really? What, are we 12 years old now? I know that the whole thing resulted in nothing more than a minor embarassment, but still. Total idiot move." -Chris Daughtrey

"Gregg Doyel - I like his stuff and respect him as a columnist, but he was an IDIOT for asking Jim Boeheim about his retirement after the loss to Michigan. How many times does a guy need to say he is not retiring before people stop asking the question? Geez." - Jared Smith