It's Taco Time in the Salt City! "A poorly structured satirical body of work, written by some drunken Syracuse-hating moron at 3:30 am every Tuesday." This week, we tackle...you commenters.

As we reach the final week of the regular season, and I reflect on the past fifteen weeks of columns, I realize...man, I wrote a lot of words on a lot of stupid shit (from lame apparel to piss-poor officiating to how boring our beloved game has become). Then again, so did you. This column has taught me what makes Syracuse fans happy, what makes them angry, and, most importantly, all the different ways human beings can comment on sports blogs.

Discuss Column After Only Reading the Title

The first comments for any blog post are going to come near-seconds after it goes online. They are also going to be a highly uninformed take on the piece--because the piece wasn't even read. My Taco Times average anywhere from 1500 to 3000 words, which should take an average person a good five to ten minutes to read. But, no matter what I post, there's always a response within seconds. Some simpleton has already commented on this piece I bet. "How to comment on sports blogs? With yer dick. lol."

Perhaps the most common way of commenting is in missing the point entirely. This usually occurs via people who read more than the title, but not much more. Sports blogs are read by the masses, because everybody likes sports, so you're not going to expect the majority of readers to have good reading comprehension skills. You also shouldn't expect them to understand subtext, shades of gray, irony, or...as I learned early on in this column's life, satire (oy). The recent "Quvenzhané Wallis is a cunt" Tweet from The Onion is a perfect example of this. Look how many people missed the point! They would have been better off Tweeting: "Since the Oscars is all about aggressively snarking on movie stars, it would be satirically amusing to act as if a sweet little girl is actually the second worst word in the English language." For people that like comedy--or even daring attempts at it--the people-who-miss-the-point crowd are going to be the ones that eliminate anything but vanilla CBS yuk-yuks from the face of the earth. Authors, if you truly want people to "get you," make sure anything you write can be understood while quickly scanned on a cracked iPhone screen as your assumed reader takes a dump in a public restroom.

Often, if an author pens a longer piece that is clearly trying to be "writerly" (I'm not sure whether that is a pejorative term or not), many commenters will choose to discuss the quality of the writing, as opposed to what was actually discussed in the piece. I'm torn by the meta-critique. In one sense, blog posts are typically written to share information, report news, dissect an issue, spread awareness, or just snark on something. Having said that, as an egomaniacal writer who actually reads all his comments (refresh, refresh, refresh), it's very exciting for me to have my posts reviewed/graded/what-have-you by mini-Roger Eberts every single week. (I assume in real life you're all a little, though not much, better spoken than the current incarnation of Mr. Ebert.) Though it's fun for me--it's probably not as much fun for fellow non-meta commenters who don't care--that you think I just brandished an em dash poorly.

Frequently, a comment section devolves into a completely unrelated topic. Sometimes, this is like beautiful ivy branching out over an old stone wall. Often times, though, it's like a cancer spreading toward the worst recesses of the universe. Truth be told, us authors like this and really don't give a fuck why this occurs...it's great for our "comment count." "Wow, Aaron, that last Taco Time you wrote about Brandon Triche's inability to inbound a ball got 500 comments!" Yep...and 490 of them were a debate about whether or not Kate Upton is fat.

Epithets Backed Up With Data

I once heard that Jack Nicholson would only attend the Oscars if the evening's host made a playful jab at him. I've always enjoyed being cleverly goofed on as well, whether by family members, friends, Amazon reviewers, or Nunes' commenters. "You're a shitty writer who can't even get your mom to like your posts." Now, see, that is a epithet as it adds nothing to the discussion, but at least it has a basis in data. Think of yourself as Don Rickles working a roast if you aspire to be this kind of commenter.

Epithets Not Back Up With Data

I read an interesting piece about Royce White where he discussed social media: "As much as we want to think that these are just people behind computer screens, those people are living next door to you...I think one person tweeting 'Fuck you, go kill yourself' is disturbing. But when you get into the hundreds of those tweets? The thousands of those tweets? I see a lot of people out there with really volatile mental disorders that are not getting help." Once you've been writing online for awhile--and I have for the last six years or so--you'll see there is truly an alarming amount of people that almost psychopathically will hate you...whenever your name appears online. They will have no critique of your writing, no thoughts on the piece in front of them, no issues you raise that they will want to address. The will simply see your name and a new post, their lipids-laden blood will boil, and they will think, "I really gotta tell that guy 'your a faggot.'" For more sensitive authors, when the epithets are launched at you, remember, "It's not your fault. It's not your fault."

The most extreme form of the epithet not backed with data is trolling. To a certain extant, trolling really makes me laugh. Trolling can be tough to fully "diagnose," because there's almost a layer of cleverness to it. Almost. Sometimes when I'm being trolled online, I'm positive a friend is fucking with me, it's just so bizarre. And then the troll says something so completely moronic that you realize this must be some junior high kid without friends getting his jollies off by "fucking around" online. They say the best way to handle trolls is just to ignore them, but that's no fun. Plus, it doesn't really work. Trolls are mental midgets without much going on in their own lives and will never give up until they are banned. So, I say, just go after them. It'll raise your comment count as well.

The best way to comment on a sports blog. Unfortunately, since no one can focus enough to handle #longreads any more (I've seen that hashtag on pieces that are like 300 words), by the time someone has actually read an entire post and is ready to comment, the entire comment section is already littered with the aforementioned and who the fuck wants to enter that quagmire?

Luckily, as sports blogs go, this community frequently has a good deal of well-thought out comments. That's probably because we all agree that our centers have been ineffective this year, there are few things more beautiful that a C.J. Fair fifteen-footer, and NoXCuse is a complete and utter dipshit. 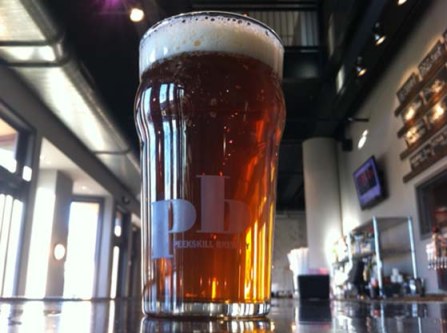 A few years ago, on a ride back from to Manhattan from Syracuse, I stopped for a late lunch in Peekskill. My geek sensors knew there was a highly-acclaimed beer bar in the town, and I'm always good about faking hunger and the need for a rest stop to my travel companions when I sense quality beer nearby. On this such occasion, our stop was at the Birdsall House, a fine enough establishment owned by the legendary Blind Tiger team. While there, I noticed a tiny brewpub right by the Metro-North tracks, though didn't think much of it, especially after quickly Googling it and finding middling reviews. Peekskill Brewery was out of my mind for years until just the past month or so.

In the comments of my beer piece it was mentioned a few times, the New York Times had a killer review of the joint, and even one of my book agents wouldn't stop raving about it. What was going on? Apparently they had changed locations and brewers (hiring Ithaca's former brewer no less), and were now kicking some serious ass. This weekend, during NYC Craft Beer Week, I was finally able to sample some offerings during a tap takeover at the vaunted Pony Bar. I came away impressed. The Hop Common IPA was solid, the Eastern Standard DIPA absolutely world-class, and their Simple Sour was one of the, well, most simple and drinkable mainstream American sours I've ever had. If I had considered Peekskill "upstate"--and I might have--at least two or three of their beers would have made my Upstate Top 25. Well worth locating on ever-expanding taplines, and I'm planning to take a day-trip to the brewery as soon as I next have a free weekend without thrilling. college. basketball. action. 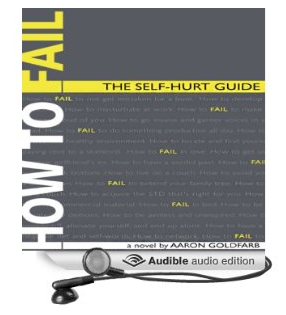 Last Friday saw the release of the audiobook version of my novel How to Fail. It's an absolutely hysterical audiobook, performed wonderfully by Kevin Killavey. If you hate reading, you'll love listening to this. Available on Amazon, Audible, and iTunes, its 9 hour running time means you can listen to half on your travels down to Georgetown this weekend, and then finish it up on the way back. Currently, you can even get a free 30-day Audible subscription and subsequently get my book for free as well. Of course, for those literary types, I'm still available in book book form as well. Those are kind of like audiobooks except the voice is in your head and if you're dumb, you might have to move your lips a little.

Barring an unforeseen NIT appearance, tonight brings us our season's final opportunity to put an end to the Taco Tie. I'm rooting for Baye over Trevor. I bet growing up in Senegal he always dreamed he would one day have the chance to provides the CNY masses with free tacos.