Seth Davis said that if Syracuse beat Montana, he'd wear an orange wig on TV. Syracuse won. So did America.

When the 2013 NCAA Tournament brackets were announced, Sports Illustrated's Seth Davis was so quick to say that the Montana Grizzlies would defeat the Syracuse Orange, it was somewhat jarring.

Gomez & Dave over at TK99 got Davis on the horn and decided to put some orange where his mouth is. If Syracuse won, Davis would have to don an orange wig and wave an SU pennant on TV. 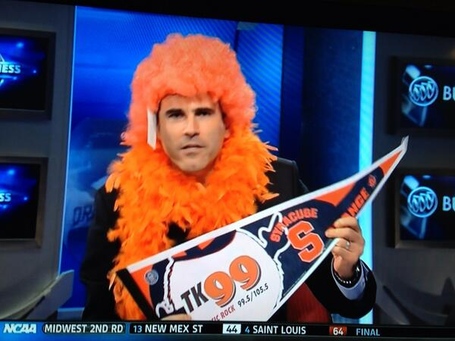 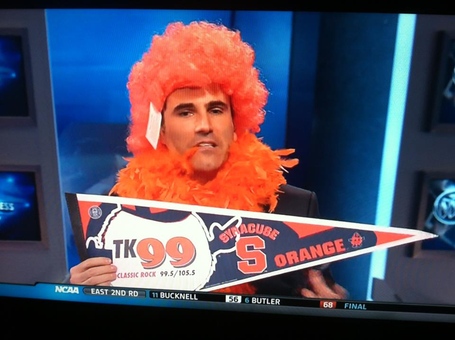 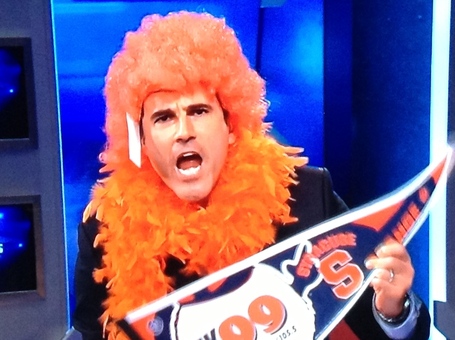