Plagued from the start with planning concerns, construction delays and bone-headed decisions, Syracuse's Fabricio de Melo Center seems like to sit empty for years to come.

Share All sharing options for: While The Melo Center Serves Syracuse, The Fab Melo Center Remains Mired In Delays

SYRACUSE, NY - The Carmelo K. Anthony Center, a.k.a. The Melo Center, has revolutionized the way that Syracuse Orange basketball players train, practice and perform, not to mention it acts as an enticing recruiting tool for the next round of Orange stars.

If only the Fabricio de Melo Center could say the same. 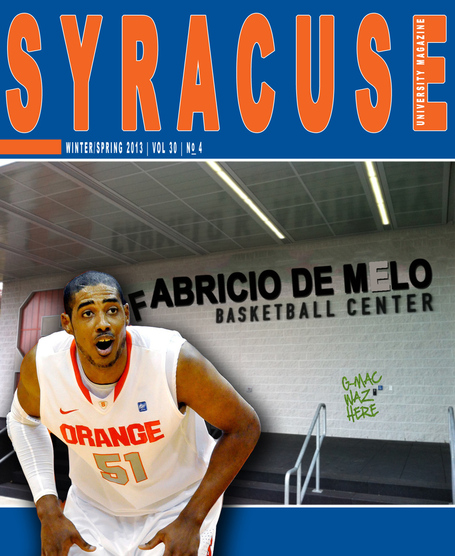 Plagued from the start with planning concerns, construction delays and bone-headed decisions, Syracuse's Other Melo Center seems like to sit empty for years to come.

After former Orange star Carmelo Anthony pumped millions into a state-of-the-art basketball facility at his alma mater, it opened the door for top talent to give good consideration to attending SU. One such player was Fabricio de Melo, a Brazilian center who had a curious name connection with that first Melo. Syracuse coaches jokingly told Fab that the Melo Center was named for him, and while he knew that wasn't the case, the idea stuck with the seven-footer.

After leaving Syracuse University following his sophomore season, Fab was drafted by the Boston Celtics. He immediately began thinking about his legacy at SU and the idea for the Fab Melo Center came to fruition. Melo himself drew up the blueprints based on a dream he had one night. 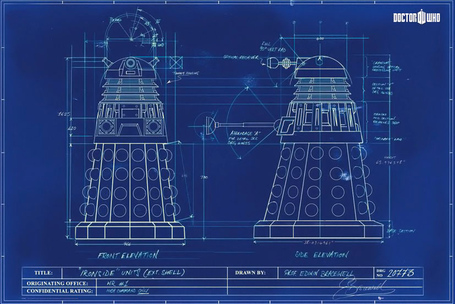 "I thought about Fab and what Fab is like. He is tall. He is strong like capybara. He is built like a machine made of steel and steel-like machines," said Melo, who is in the hospital recovering from a bone-headed injury suffered during construction of the Center. "Fab's building should reflect Fab."

Syracuse University officials claim they never actually signed off on the construction of the Fab Melo Center, directly next door to the Melo Center, but thery figured Fab would wear himself out or get bored or just go to Chuck's and get drunk and forget all about it. Unfortunately for everyone, none of those things happened.

Eight months after ground broke on the Fab Melo Center, that ground remains broken, much like the rest of the building. The proposed "Blockatorium," a room constructed solely for centers for work on their blocking ability, remains unbuilt. Fab's Fabulous Learning Center, a state-of-the-art facility for players to sit around and play video games all day, contains one unused Sega Genesis. And the basketball court...don't even get Fab started.

Some of the other issues plaguing the Other Melo Center include:

After all of the delays, the only part of the Fab Melo Center currently built is the front wall. It acts as a false facade, a Hollywood movie set that looks well-constructed from the front but reveals utter chaos behind.

"Fab get round to it. Fab always finishes what Fab starts."

When reminded about the academic issues that cut short his college career and the fact that he left Syracuse after two seasons, Fab shrugs, smiled, turned to walk away and walked directly into a closed door.

The Fab Melo Center schedule has been delayed once again. It is expected to be finished sometime around 2097.