The Carrier Dome might not be sold out for the Clemson game, but it's gonna get loud.

Share All sharing options for: Syracuse vs. Clemson: 'More Than 46,000 Fans Expected'

It might not make it to sellout, but, the Carrier Dome should still be pretty loud come Saturday.

Syracuse University told Syracuse.com that "more than 46,000 fans are expected" for the game between the Syracuse Orange and Clemson Tigers.

Of course, tickets are still available, including these ones for $15.

Football capacity for the Carrier Dome is 49,262.

You can complain about SU falling short but it's still a solid number (assuming it's realistic). And hey, it could have been worse. Chances are your initial estimate was lower. I know mine was.

Meanwhile, Don McPherson, who will be honored at halftime, doesn't see any reason why the Orange can't pull the upset:

"All that stuff doesn't matter. All that stuff people think outside these doors doesn't matter. It's what you do when you get between the lines on the field. If you go out listening to all those people, those people are not the ones on the field. (They) have a moment right now. They are as talented, they're as fast, as well-coached. If they go out and execute they can beat this team ... I think they have a shot. And I don't care what anyone else says who (think) for some reason they don't."

Finally, we don't know yet whether or not the Orange will wear, uh, orange. But we do know that they'll be wearing Remembrance Week stickers on their helmets to honor the 35 Syracuse students killed in the Lockerbie bombing. 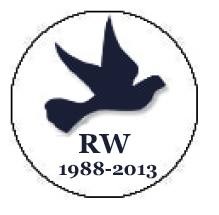 Remembrance Scholars will also be on hand for a moment of silence before the game and bracelets honoring the occasion will be handed out: 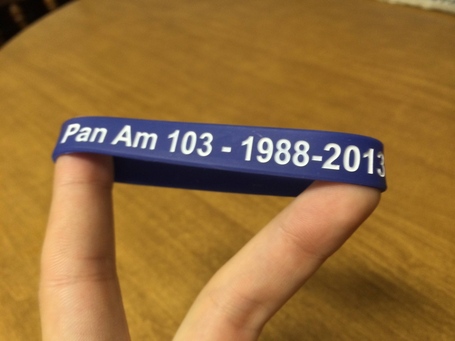