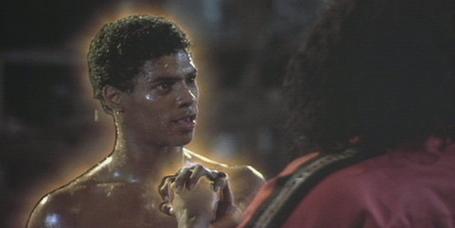 Reading the excellent post game comments following our Stony Brook win (save one apparently lost syracuse.com troll), one post stuck out for me. In the post, the commenter expressed anger that we didn’t just go in there, treat an FCS school like an FCS school, and essentially play like the big boys like we aspire to be. Continuing the post, the commenter suggested we look in the mirror and either ask ourselves what is our problem (discipline, skill, motivation, etc.) and sort ourselves out, or finally face up to a very uncomfortable "truth" about who we really are.

Fair comments, imo. And in the post I can sense the commenter believes there is an answer somewhere to the problems plaguing our team. Answers that can make this team a winner again, and give us the collective confidence that we can take a weaker opponent, put a boot to their neck and take their lunch money. Most of us here have been searching for that answer, and I guarantee you the football team is searching for the answer. But what is the answer?!? I’ve been searching since HCDM arrived and frankly, I’m tired.

This brings me to the movie "The Last Dragon". A slightly below-average martial arts film from the mid-‘80s (anyone who grew up at that time happily saw it at least 20 times) where a student named Leroy searches to find "The Glow", the final mystical level of martial arts mastery. In the movie, Leroy has trained diligently and appears to have all the skill required to be The Master, but The Glow proves elusive. As his search continues, some evil kung-fu dude name Sho’ Nuff -- who coincidentally looks like someone put Gene Simmons’ hair on top of Gene Upshaw’s face -- beats him up on a weekly basis…usually on a Saturday, unless ESPN dictated that the beating take place on a Thursday night.

Anyway, with about 5 minutes left in the movie, Leroy has "The Epiphany"… that practice, technique and training are not enough...that self-belief is the answer to finding The Glow. And just as Sho’Nuff reaches back to land the death blow, Leroy stands up, puts a boot to his neck, takes his lunch money, and saves a reasonably hot-looking 80’s chick all at the same time. Awesome!

Self-belief. It worked for Leroy. And in my mind, I think it is what will help our team find The Glow as well. The cold reality is it took 11 months for this team to get a win… enough to shake anyone’s self-belief. But yesterday, we got one. Let’s start with that. Now, as difficult as it can be, let’s all believe.

Coaches, believe in the up-tempo offense that has worn down defenses in each of our first three games. Believe that it works just as well on our 30-yard line as it does on the opponent’s 5.

Players, you have the skills and the talent. Believe in the fundamentals, and your absolute ability to execute on them.

Fans, believe that your optimism in this team remains well founded, and that the team's confidence feeds off of your support. For goodness sake, STAY WITH THEM…for 60 minutes.