The Quest For Beef: Vote For Your Quest-O-Meter

Share All sharing options for: The Quest For Beef: Vote For Your Quest-O-Meter

Syracuse Orange football is a sport of muted expectations. We're not crazy enough to demand a National Championship before the season. We're not even demanding that the team win the Big East. All we want is a chance to play in a bowl game come December (see, I'm not even asking for January) against a Sun Belt team that we thought was in the FCS.

And so, in the game of muted expectations that is being a Syracuse fan, all we want is a six wins, which gets us bowling, most likely in the Beef O'Brady's Bowl.

It is The Quest For Beef.

We can't have a Quest without a Quest-O-Meter to denote where we're at during the season. This year, I opened it up for anyone to enter their version of the QOM. I said I'd pick the winner but because I loathe confrontation and I'm lazy, I'm passing the buck on to you guys.

We have three QOM finalists. Pick your favorite and, on Monday, we'll use the winning QOM to start charting our Quest towards Beef.

First Entry is from CuseOrange: 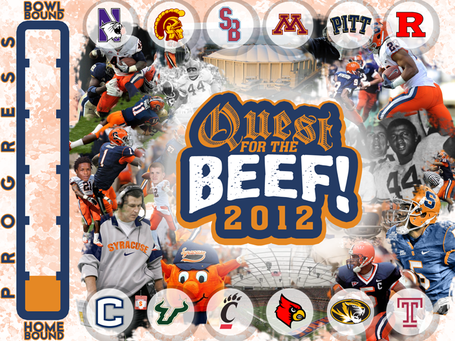 Next up, the entry from Corey Paige: 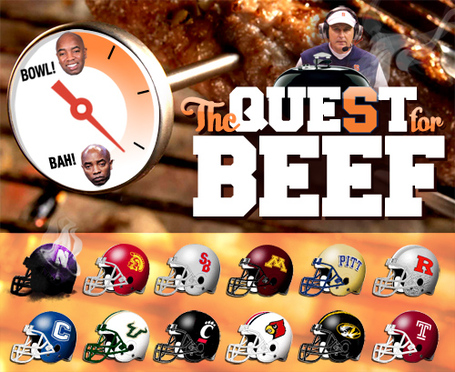 And finally, an entry from Warner Shue: 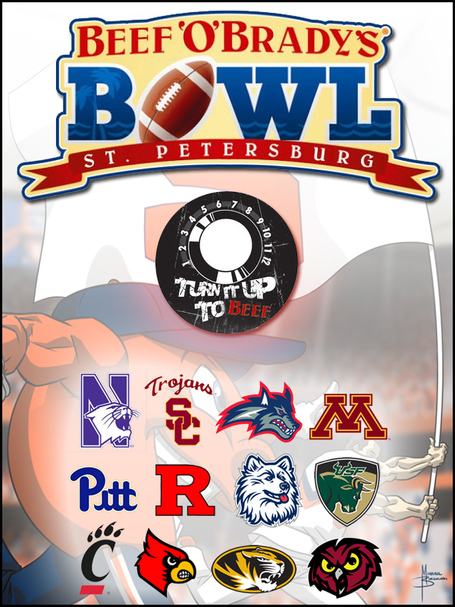 Choose wisely, this will have a major impact on whether or not the team wins enough games to go bowling!