Doug Marrone's Twitterfeed has gone the way of the dinosaur (though there is that other one...). It was assumed that, like his basketball counterpart, the social media landscape just wasn't one made for this Syracuse Orange coach.

However, just as Celine Dion predicted, a new day has come. Doug Marrone has a Facebook page.

He also added the following photo of the offensive playbook, though he's smarter than most in that he actually keeps the cover closed: 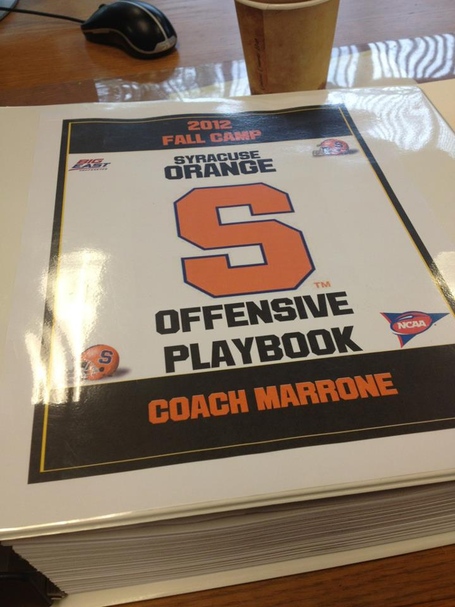 Among the Likes that Doug lists are Kenny Chesney (we knew that), Patton (understood), Casablanca (big softy), the New York Yankees (duh), the Detroit Lions (huh?) and the tv show Swamp People (perfect).

You should probably go subscribe to his page already.

UPDATE: Coach Marrone is back on Twitter as well!