In the other corner, the mighty Northwestern Wildcats. A team that's gone 182-12 since 2004. A team that is playing in eighth consecutive national title game. A team that won six-straight titles between 1995 and 2001.

Northwestern has beaten Syracuse nine-straight times, including once in the Final Four and once earlier this season. The Orange are in their very first national title game ever and are looking to become the first SU team other than the men's lacrosse and men's basketball squads to win a national title since 1978.

As you can see, there is a good guy here and there is a bad guy. Choose your sides wisely. 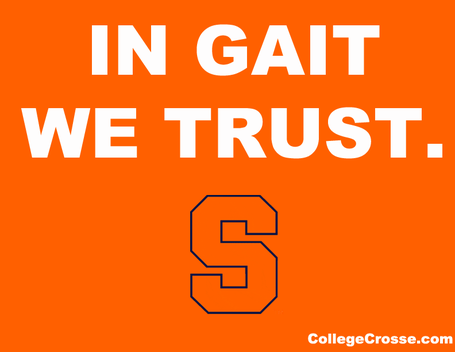 Leave your pre-, in- and post-game comments below. G'ORANGE!