The Battle on the Midway between the Syracuse Orange and San Diego St. Aztecs won't go down until Friday, November 9 but a press conference was held Wednesday to discuss the game and have Jim Boeheim and Steve Fisher chat about what the game means for them and their programs.

Boeheim was, as always, quippy.

On the possibility of moving to San Diego:

"I had thought about that but the weather is just so much nicer in Syracuse."

On the long ways that Syracuse, a team not known for traveling, will travel for this game:

"If you really want to coach 36 years, it's a really good idea to play a lot of games close to home."

On his and Steve Fisher's status in the college coaching ranks:

On the important of honoring the military with this game:

"We have a very close relationship with the 10th Mountain Brigade at Fort Drum...I think we've lost sight in this country about how to honor the military, that's why we're here." 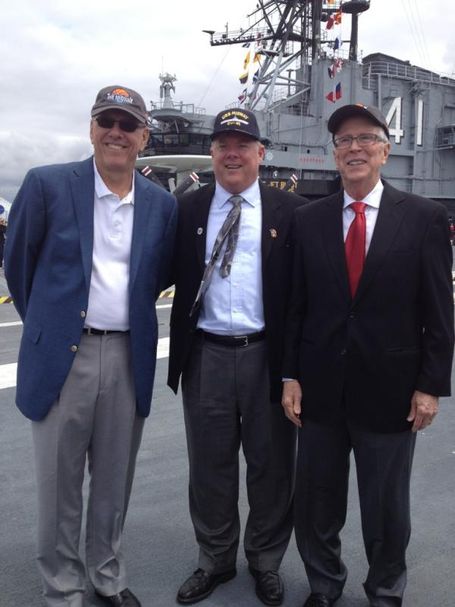