Share All sharing options for: Whatever Happened To...Jonathan Meldrum?

My goal is that Whatever Happened To . . . ? will become an irregular feature on TNIAAM. The idea is simple: find a former Orange athlete and ask them what they're up to. Along the way, uncover some back-story and history about the player that folks maybe didn't know, and of course hopefully entertain you, dear reader.

Our premiere installment takes us to Boise, Idaho, home of the Boise St. Broncos, who for the time being are expected to join the Big East in 2013 for football only. It's also home to former Orange offensive lineman Jonathan Meldrum.

Jonathan played for the Orange from 2007 through the Pittsburgh game, November 7, 2009. A left knee injury cost him the rest of that season, and unrelated right knee issues (plus the likelihood of similar complications to the left) forced his retirement from the game after the 2009 season. Jonathan played in 28 games, starting nine and earning Rivals.com Big East All - Freshmen Team honors in 2007. Jonathan shared the blocking responsibilities on two 1,000 yard rushing lines, for running backs Delone Carter in 2009 and Curtis Brinkley in 2008.

I got the inspiration for this project when the biggest dilemma facing our humble community was just how gray our new Nike® platinum unis were and somewhere, someone posted that photo with the all orange disaster that was opening day 2007. Terrible fan that I am, I had forgotten the specifics of the game, when it happened, outcome, little things, but I just found the expressions on the players' faces to be very endearing, especially #73. I didn't remember who #73 was (terrible fan) but I know how to Google.

Soon enough I was reading about Jonathan and his career and how it was cut short. I had to ask him about the photo, so I hired the best detectives I could find and tracked him back to his hometown.

"I wish that picture had never been taken. That picture has followed me around ever since…I still remember the moment it was taken. Washington had just scored and all the freshmen in the picture were all bummed out. But the thing I remember most was the ugly orange uniforms. They were terrible and I am glad we only wore that uniform for a couple of games."

Gee, now I felt bad, especially given the final score. Fortunately, Jonathan is a great guy, and he answered all my questions.

Jonathan grew up in a Mormon family, raised by his grandparents. His mom suffered from drug addiction and was frequently away from the family. He remembered kindly his former step-dad Patrick Smart, who had played with the Washington Generals when Jonathan was young, allowing him to meet some of the players occasionally (although he didn't get to hang out with the Globetrotters like I'd hoped!).

"I had a great life growing up got most anything that I wanted. My grandparents were very supportive and gave me the strength to do anything I wanted to do in life."

Naturally, basketball was an important part of young Jonathan's life ("I was sure that I would be the next Michael Jordan.") Always a big child, Jonathan had to play his football against the older kids, and for a time was forbidden to do so due to concerns about the physicality of the violent sport.

Upon entering 7th grade, young Jonathan pleaded and finally won approval to join the football team. You'd think the rest would be simple; gifted, rather large athletic kid grows up on the gridiron to play major D-I ball. Actually, the road was a bit twistier than that.

Young master Meldrum hated football that season. Without the background of having played the game through Pop Warner like most of his teammates and blessed with natural size but unconditioned and raw, Jonathan wasn't prepared,

"I got picked on because I was too soft and I didn't know what I was doing so I quit. The coaches talked me into coming back but my first year of football left a bad taste in my mouth for many years."

Eventually hard work and practice began to pay off, and by 9th grade Jonathan had begun to excel. He suffered another bit of love/hate the next year when, called up to play with the varsity squad he missed his mates on the sophomore team.

"When my sophomore year of football came along I got pulled up to varsity at defensive end. I was about 6'4", 225. I was very big but I was fast. Once again I hated it. I wanted to play with all my friends on the sophomore team but my coaches wouldn't let me quit. By the end of that season I loved it!"

Interested in motivational speaking, Jonathan was drawn to Syracuse's communications program. Academic eligibility issues kept Jonathan from enrolling at Syracuse until January 2007. His career spanned both the Greg Robinson and Doug Marrone eras and I asked him his thoughts on both coaches.

"My very first memory of Coach Marrone was when he addressed the team for the first time. He allowed each player to set up a 15 minute introduction. So I signed up and decided to go first thing in the morning. I went into his office and started talking and he looked at me and said, "If this was an interview I would tell you to leave." I was so shocked and intimidated by his honesty and didn't know how to take it. I was in his office for maybe three minutes before I asked to leave. That was the last time I really talked to him until fall camp. I was in my third day of camp in 2009 when my wife (my then girlfriend) called me and told me she was pregnant. I had no idea what to do. So during my afternoon practice I was doing terribly and could not focus. Coach Marrone pulled me over to the side and asked me what was wrong. I told him that my girlfriend was pregnant and I was nervous and scared and didn't know what to do. He looked at me and said, "Do you love her?" I said, "Yes." He then asked, "Are you going to marry her?" I responded, "Yes." He then said, "You have nothing to worry about if this is the girl that you want to spend your life with. Being a father is the best thing in life so enjoy it." I looked at him and knew everything was going to be alright. That day I respected him more then most people in my life. Coach Marrone is a brilliant man and an amazing coach. He has done wonders for Syracuse football and has given it a fighting chance. His knowledge of the game is incredible and he can see everything on the field. Coach Marrone is a huge role model for me!"

Jonathan also has fond thoughts for his first Syracuse HC, Greg Robinson. He thinks perhaps Coach Robinson's method of trusting the players and allowing them freedom to act appropriately was abused by some who took advantage. Perhaps the first time head coach had yet to master some aspects of discipline. Jonathan feels that Coach Robinson might excel if given another head coaching shot. I asked Jonathan to share his feelings about the iconic Notre Dame victory at the end of the Robinson era.

"Everyone loved Coach Robinson and a lot of people were sad to see him go. When we went to Notre Dame we all were bummed out. When we got into the locker before the game Coach Robinson was excited and full of energy like nothing was happening. He wanted that win more than anyone else. It didn't matter that he was going to be released. When we won that game we all started cheering, "G-ROB, G-ROB." He finally had to tell us to calm down so he could talk to the reporters. He deserved that win more than anyone else. We were all happy that he and the other coaches got that opportunity."

After hearing from the school doctors that the NFL wouldn't allow him to play with the degradation in his knees, Jonathan put the game behind him, completed his studies and graduated in 2010. Today, Jonathan works with Corrections Corporation of America in Boise as a case manager helping inmates find the best living situation once they are released. "I also teach various programs that help with inmates rehabilitation. I really enjoy my job and I really enjoy helping people." He says his knees are okay most days, "Surprisingly my knees don't hurt as bad as I would have thought. My ankles and shoulder hurt more. My wife gets mad at me because she says I'm always broken." Jonathan is married and the proud father of two children.

Prompted about any juicy inside information he might be privy to, I got a simple and effective reply, "There aren't any funny stories I can really think of. What happens in the locker stays in the locker room."

Jonathan was completely awesome throughout my agonizingly slow interview process. I wish him and his lovely family all the best in the future. Thanks for sharing part of your life and your blood, sweat, and tears with us Jonathan! 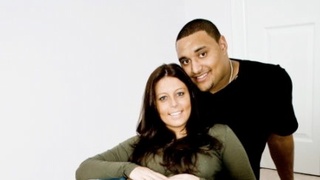 Love the profile? Hate it? Tell me about it. Follow me on twitter @Dacj501 Suggestions for future installments? Leave them in the comments below.