Can Someone Please Loan Mike Lang A Dress Shirt & Tie?

Share All sharing options for: Can Someone Please Loan Mike Lang A Dress Shirt & Tie?

Listen, I know you've got very important things going on right now. You're in the middle of a defamation lawsuit against the head coach of the basketball team that you have a shrine to in your living room over comments he made specifically about you in regards to the accusation that his assistant coach molested you as a child. That's very heady stuff and I can't even begin to wrap my head around what life must be like for you right now, assuming that you're telling the truth now, unlike when you adamantly told a Post-Standard reporter in 1992 that Bernie Fine never did anything to you. I know that you very well could have been protecting yourself back then because if the accusations are true it's some horrifying stuff. Considering the problems you've had keeping your timeline straight, I can imagine it's a taxing situation. It's the kind of stuff that would preoccupy the mind.

Here was you at your big press conference announcing your lawsuit to the national media, whilst wearing a fleece pullover and white t-shirt. 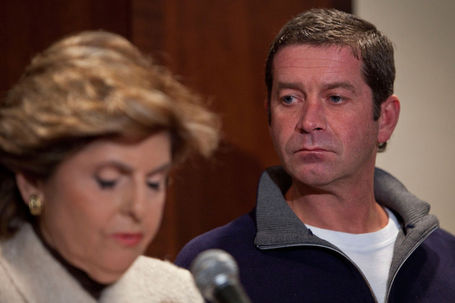 On the ESPN interview, where it seems like you rocked another pullover/t-shirt combo. 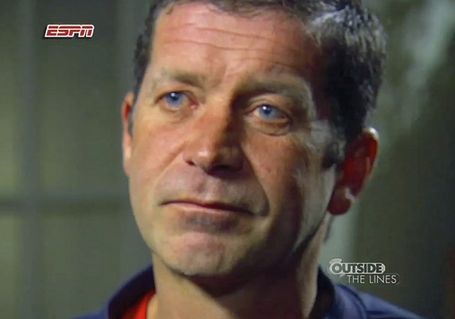 Here's you on Anderson Cooper's show on CNN in your finest hooded sweatshirt. 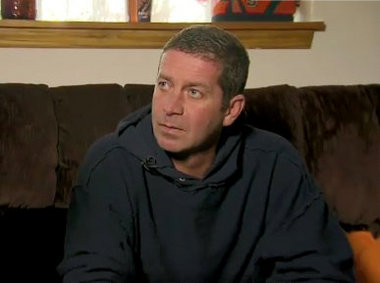 Here you are in Albany, speaking in the state capital in jeans and a...good God, what is that? 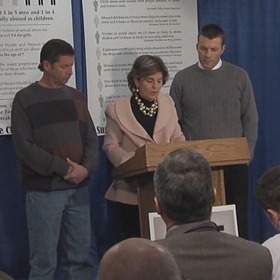 And here was you on Friday heading into court wearing one hell of jacket... 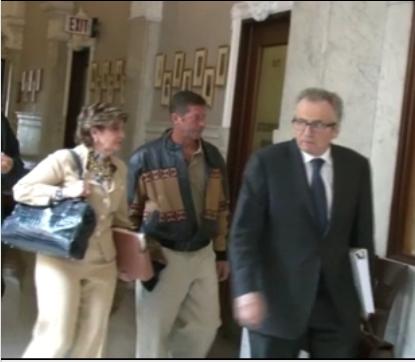 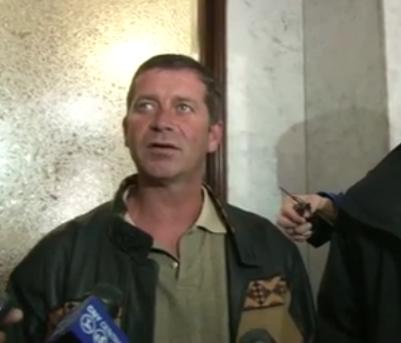 Mike, it's a crucial time for you and Bobby. The judge in your defamation case is going to rule on a motion to dismiss your defamation lawsuit in two weeks. The outcome of that decision could change your life. Literally, millions of dollars hang in the balance, not to mention your reputation and standing in the community. You will almost certainly be on camera and standing behind Gloria Allred looking bored many more times before this is over. You'll also have to make multiple appearances in a court room in front of a judge who is deciding the fate of your case, which rests on how credible he finds you and your claims.

Cause here's the thing, Mike. With two accusers already admitting to having lied, it doesn't bode well for your flip-flopping story. People are starting to assume that you just decided to go along with all of this to make a quick buck. And it's not helping matters that you always seem to look like Bobby just dragged you out of bed in order to appear in court (where your lawyer submits affidavits that you are noticeably absent from).

So, please, do yourself a favor and leave the polo shirt and the fleece pullover at home, make a stop at The Men's Warehouse and pick out a few basics. You'll thank me later.

P.S. - Saying things like "a lot of people praise me and there's been a few negative people" when you're involved in a lawsuit that claims that you and Davis are "afraid to leave their homes" isn't a lot of help either.