The home of Syracuse football is undergoing a major renovation to support the University mission to bring the program back to national prominence. State-of-the-art upgrades will improve the locker room, student-athlete lounge, cafeteria, Hall of Fame lobby, and team auditorium in the facility that is the center of the program’s day-to-day operation. The dramatic facility improvements follow construction of the cutting-edge Strength and Conditioning Facility in 2005 and the renovations of the football sports medicine facility in 2011.

Note that this is different than those plans for a completely new football facility that popped up over the weekend. Gross called those plans "inaccurate" and it was implied that those might have just been mock-ups for a possible future project.

"It is time that we do something spectacular for football. We have the Carmelo Anthony Center on one side of the Manley complex and the new football renovated facility, with an obvious entrance, will be the cornerstone on the other side. We will integrate the great history of Syracuse football into the present vision of Coach Doug Marrone's football team, which is vital as we climb back into prominence and eventually transition into the ACC. It is very important that we maintain the highest level of student-athlete welfare for our football program."

Some of the specifics mentioned include: 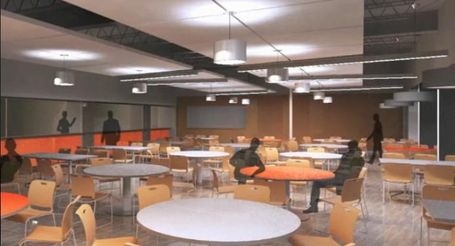 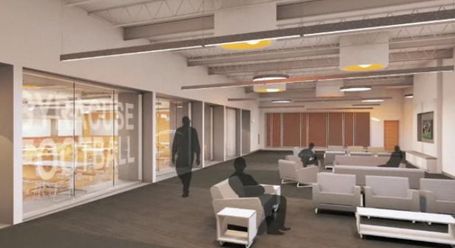 The new features are expected to be complete prior to the start of the 2012 football season, so, you know, very soon.