Correct me if I'm wrong but the Syracuse Orange wore orange pants all of last season. In fact, in the current iteration of the uniform, I don't think we've ever not work orange pants (if I'm wrong I'm sure you'll tell me but not before saying "not to nitpick, but..." first).

I was watching some video from the Rochester scrimmage and I noticed that both sides wore white pants with the blue and white jerseys, as we do for practices...and I kinda liked them. Especially with the blue jersey. The orange isn't lost as you've got the stripes on the sides as well as the accents on the jersey.

I'd be up for mixing them in once or twice. Of course, I love to see as much orange as possible when the name of your team is the Orange, but, in this case, I'm willing to spread the love.

So what do you think? How bout giving the white pants a try during a game this year? 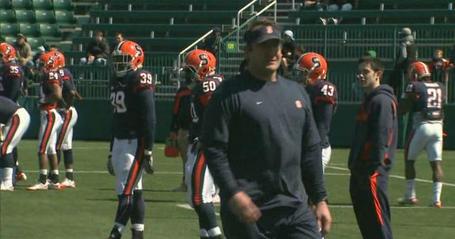 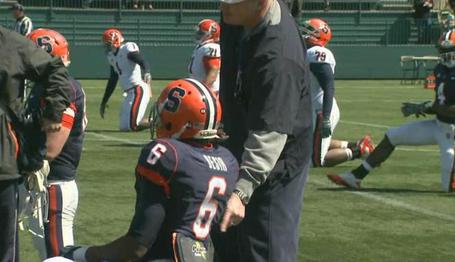 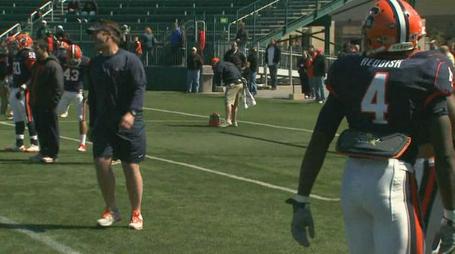