Back in January, Sean asked all of us here at TNIAAM to volunteer ideas for guest columns. I responded with my idea of writing about Syracuse from the family and parent perspective and we exchanged a few emails. My only concern was that I’d run out of material after a few months. Sean reassured me that I’d find many topics and gave me some examples. His list was something like, "Blah, blah, blah, Making Otto Cupcakes, blah, blah and blah."

"This guy’s a genius!" I thought, "No wonder why his blog has forty-four gazillion readers!"

I planned it all out. I would write about topical issues for a few weeks, such as going to games, meeting Otto, and my husband’s potty-mouth. Then, perfectly timed, my birthday would roll around. I would spend a blissful afternoon decorating Otto cupcakes with the Little Oranges, take pictures of my accurately rendered and amazingly domestic creations (and a few of the girls’ smudgy, adorable attempts), and then write about the 40th birthday you all dream of having someday.

This week, the time came. I got my orange pen ready and started my grocery list. Duncan Hines yellow cake mix, powdered sugar for making frosting, orange food coloring, and materials for the hat, arms and legs.

Wait a minute. How do you make a hat, arms and legs?

Blue icing for a hat might work, but it would make more of a half-moon cookie look, so I needed something that would add dimensionality. My idea was to buy blue fruit roll-ups and cut them into hat shapes for Otto to wear. I even checked online to verify that there are, in fact, blue fruit roll-ups.

The arms and legs had me stumped. The fruit roll-up idea wouldn’t work because they are too flimsy to stick out. A friend of mine suggested toothpicks with blueberries or blue gummi bears, but Otto’s not anorexic, so I modified and put popsicle sticks on the shopping list. But how would I get the hands and feet to stick?

Off to Wegmans, a little disappointed that these Otto cupcakes weren’t going to be as splendid as I’d pictured (Gummi bear hands? C’mon!), but thinking that I might find something in the bulk candy section that would help me out.

Deep breath. I put away the supplies, tucked my tail between my legs, and walked back to the car, the saddest 39-and-364/365-year-old in all of Syracuse.

After a night to think about it, I decided to see if I could buy myself some Otto cupcakes. Who bakes their own birthday treats these days, anyhow? Well, I’ll be eternally glad that I did, because what I found validated my difficulties. 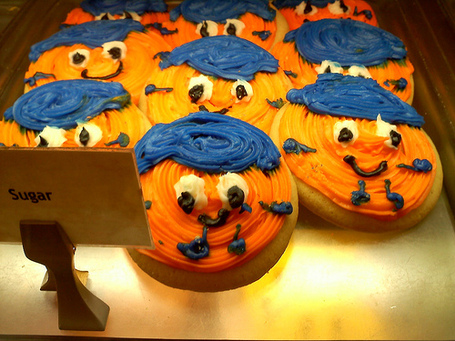 For those of you just skimming this article, let me make it clear: I did not make these. A professional bakery did. Their solution to my problems was to draw it all on. Hat - check, arms - check, legs - check. Otto - not in my book. This is the same look I was trying to avoid.

Although I found these right away, I decided to keep looking at what the local grocery stores had to offer in Otto and Orange themed goodie selections. (Yes, the store that advertises itself as "Syracuse themed" is included here.) Here are the options available on Sunday, February 26.

Your basic, "I want a cupcake, and oh yeah, I like Syracuse" cupcake: 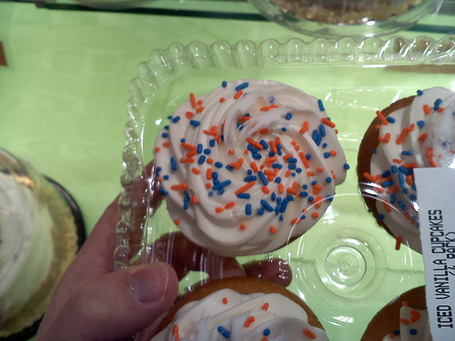 The cake version of that cupcake. I don't think the orange and blue flowers actually need green leaves: 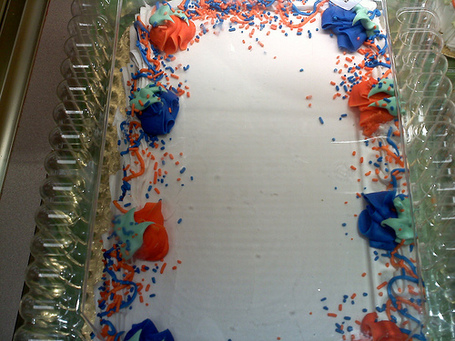 The "Is it a cupcake or is it a cake, good for occasions when you can't bring a knife" treat: 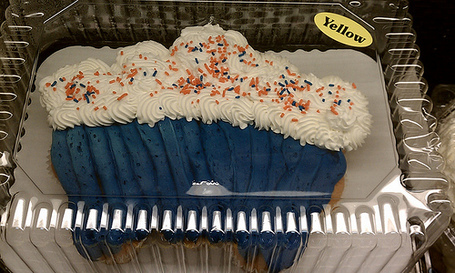 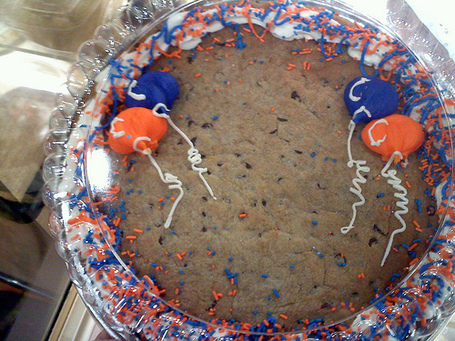 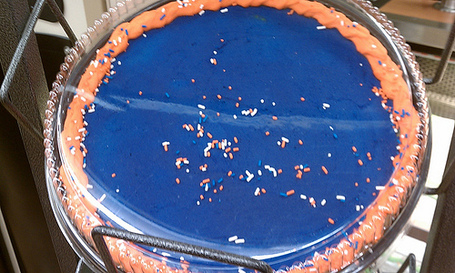 The "I didn't plan in advance and made my S too big" cake: 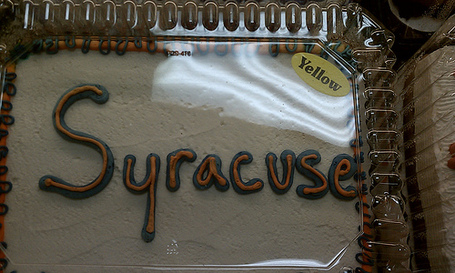 The block-S half-moon cookie (which I've seen with orange and blue icing sometimes but not this time): 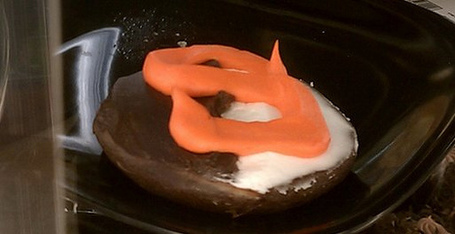 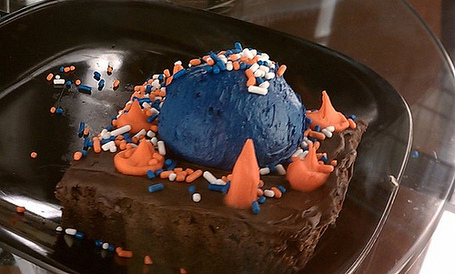 And finally, the "My children have never tasted processed sugar" treat: 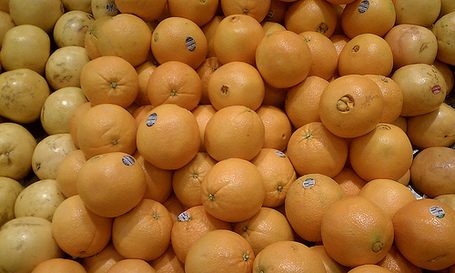 So is there anyone out there who wants to start a Syracuse themed bakery? I'd buy from you.