We are now hours away from watching the Syracuse Orange take the court against the South Florida Bulls when they don their Nike Hyper Elite Platinum uniforms for one game only. 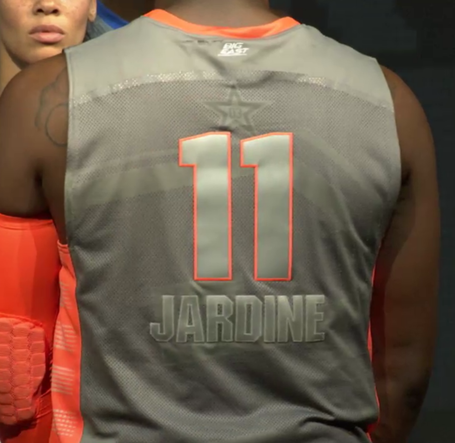 UConn & Florida both lost in their platinums while Kentucky & Duke won. Arizona & UNC still have games scheduled to wear them.

The anticipation of these one-time alternates got me thinking/scared having remembered the last time we wore alternates in basketball, I then started to investigate some other sports as well. Here is what I've come up with:

Syracuse last attempt at an alternate for basketball was 2/24/2008 which was a road loss to Notre Dame. 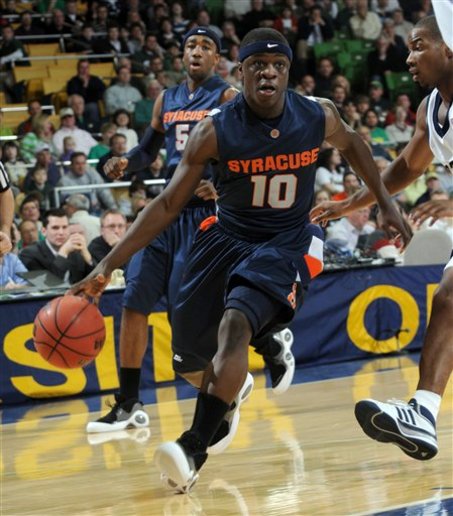 This marked the first time Syracuse had worn Blue uniforms since 2/28/1988 which was a road loss to Kentucky. 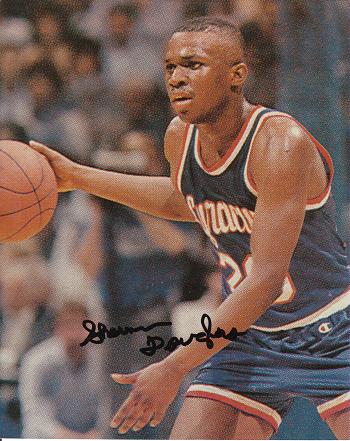 After the 2008 loss Boeheim seems to have decided we'll never wear blue again while he's around (not sure why both times were on the road).

On 2/16/2004 Syracuse wore Script Throwback jerseys in a home loss vs. Notre Dame. (could not find any game photos, just clip of this Nichols Block)

The only other time I could think of SU wearing throwbacks of anykind was this past lacrosse season in a victory vs. Virginia on 3/4/2011. 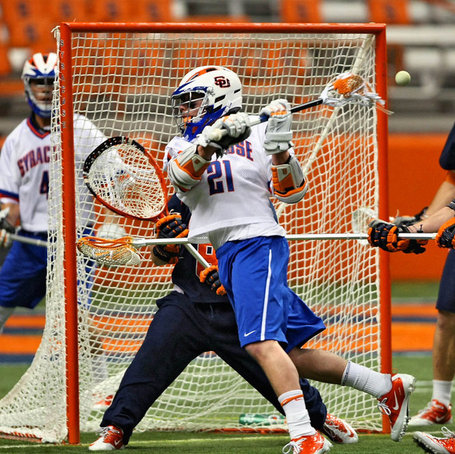 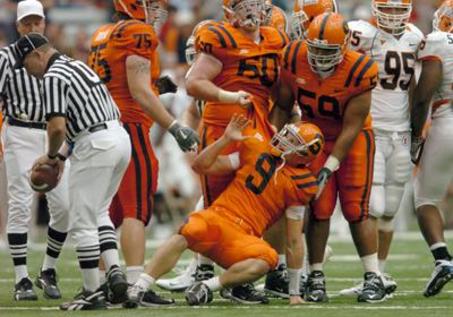 At that time I had thought that was the only time we wore all-orange uniforms for football since the Ernie Davis days but I stumbled across this picture from 11/6/2004 which was a 2OT win vs. Pitt. 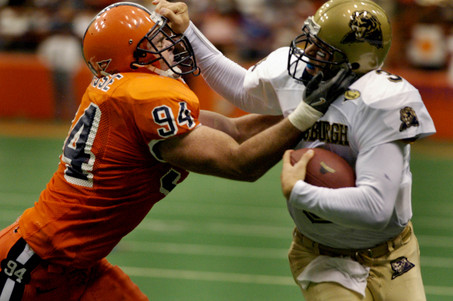 Basketball is 0-2 in Blue, Throwbacks are 1-1 (BBall & Lax). That only leaves special one-time Nike uniforms.

Oh yeah, we already tried that once: 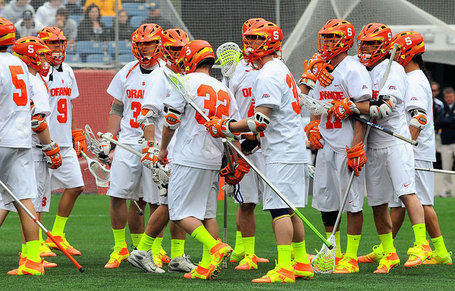 Hopefully after Wednesday Night we can make it 1-1 in Nike experiments.