The Syracuse Orange sent in their walk-ons to finish the final half-minute of their 85-67 victory over the Connecticut Huskies on Saturday, which is impressive given how long the Huskies stuck around.

UConn seemed to have an answer for everything the Orange did all day, be it dueling three-pointers, feisty put-backs or tit-for-tat jumpers. The difference was two SU runs, both near the end of each half, that separate the two as Syracuse's talent was simply too much for UConn to overcome.

C.J. Fair netted a double-double with 14 points and 12 rebounds to power a balanced Orange attack that included four double-digit scorers. Scoop Jardine exploded in the second half with two critical three-pointers, en route to a game-high 21 points (and 6 assists). Dion Waiters kept up with his Philly cousin with 18 points and four assists. The Quebecois Kid, Kris Joseph, netted fifteen points of his own. Great to see KrisJo put together back-to-back solid efforts.

Fab Melo scored eight and grabbed three boards while battling foul trouble. Baye Moussa Keita was his usual shaky self in relief, though he did grab three rebounds.

Michael Carter-Williams saw limited action, mostly because he got into it Dion-style with Boeheim during the game. Assistant coaches and his teammates were seen talking to him afterward and he did not return to the game, even when the walk-ons were called on. At least he didn't pull a Mookie and head to the locker room.

33,430 packed the Carrier Dome to watch the game, which fell short of the all-time record but not by much. It was far and away the biggest crowd of the season here or anywhere else.

The Orange improve to 25-1 (12-1) and are now 2-0 in this critical Hell Week. As I said on Twitter, beating Georgetown and UConn is always awesome but Monday's road game against Louisville has secretly been the real goal. The Orange haven't won on the road against the Cardinals since they joined the Big East. This is the perfect opportunity to head into this house of YUM! horrors and burn it down.

Also, congrats to everyone for defeating Tim Higgins... 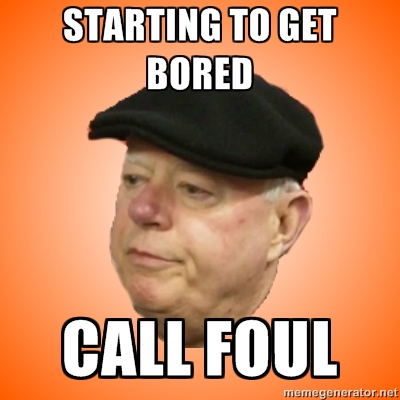