Not every Syracuse fan gift can be a bright orange shirt. Here are some options that might make sense for the Syracuse fan in your life or for yourself this holiday season.

This post is sponsored by Syracutie. Co-founded by two Syracuse grads in 2011, the Syracutie and Americutie apparel lines for women and children allow you to make a fun, creative statement. Americutie clothing is produced by only top-tier manufacturers like American Apparel on the softest cotton blends. Every shirt is designed to be the perfect length and fit too.

Being a Syracuse Orange blogger and fan, that can be a source of strain. Every time I get an orange t-shirt in the mail, I hear the sigh. Every time I throw on an orange shirt before heading out to cheer on the team, I see her eyes roll. If it were up to her, we'd be back to wearing pea green.

I get where she's coming from. Well, not the hating orange part. But the "is that the only color you're going to wear?" part. Sometimes, and maybe this is sacrilege, but I want to mix it up.

Obviously here on the site I'm very adamant about wearing orange to Syracuse sporting events. I believe in the idea that a Carrier Dome (or whatever arena is our home arena that day) packed with people wearing orange is way more effective and cool than one strewn with the many colors that Nike would like to throw into the mix.

That said, outside of the Dome, I'm totally cool with having a little leeway. God invented navy blue and gray Syracuse shirts for a reason. I don't care who you are, at a certain point, every Syracuse fan has said to themselves, "I have enough orange t-shirts, thank you." As someone who has received multiple SU shirts during holidays on multiple occasions, I know that feeling.

So, taking off my Syracuse Blogger cap for a moment and putting on my Normal Member of Society cap, I have some suggestions for gifts that you can give you fellow SU fans as well as gift suggestions that you might want to pass along, that aren't along the lines of Aaron's List of Lame Syracuse Apparel.

As the guy who literally wrote the book on it, I can tell you that there are only so many orange items that a mother is going to put up with for her baby. So if you're going to go with something orange, make it the Orange You A Syracutie onesie. 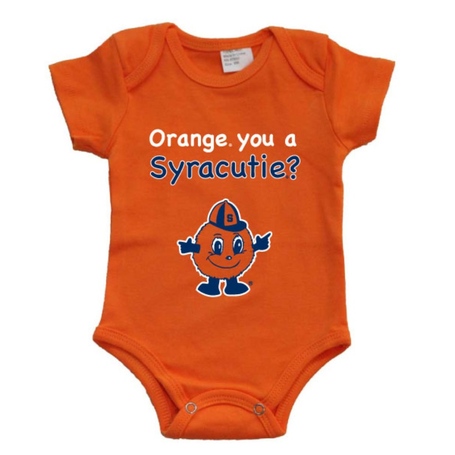 You know, when it comes to something like that SU-themed lingerie, that's probably a gift best left for the ladies to purchase (or purchase only under direct advisement). As you get older you come to realize that a gift like that isn't exactly seen as the selfless proposition you'll pretend it is.

Instead, let's class the joint up. If you've got a special Syracuse lady in your life, lets think about some gift ideas that might not scream "Let's Go Orange!," but instead says "I'm a Syracuse fan and I'm better than you," as most Syracuse clothing should. 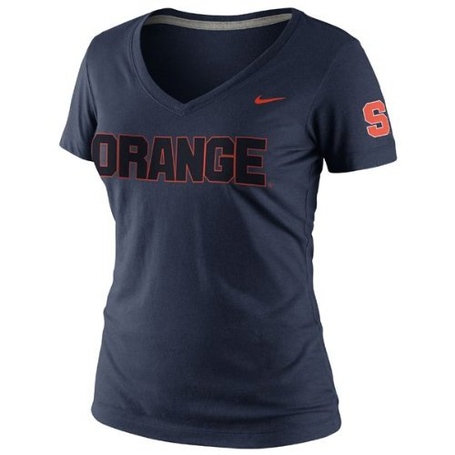 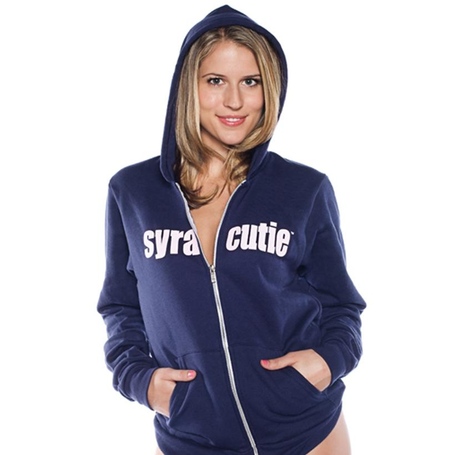 It's tough to find Syracuse-related gear that doesn't scream "SYRACUSE!!! WOOO!!!" Personally, I like simplicity in my Cuse gear. And I will assume that you feel the same way. So...here's the '47 Brand Cuse Tee I'd like to receive from you... 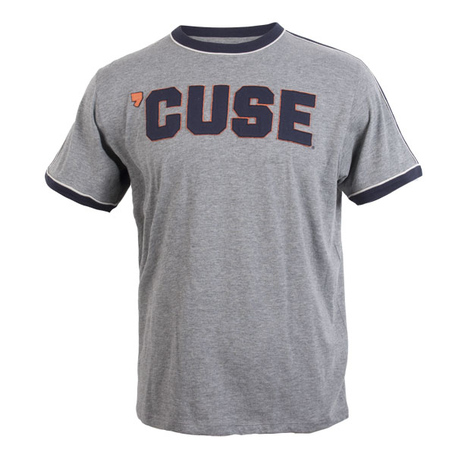 And no, it's not platinum, it's CHARCOAL!