It wouldn't be a special Syracuse uniform with some platinum and Nike has made special platinum-color sneakers for the Battle on the Midway because of course they did.

The Syracuse Platinum have released the Nike shoe that they're going to wear on Sunday when they take on the San Diego Aztecs during the Battle on the Midway. It's everything you ever expected it to be... 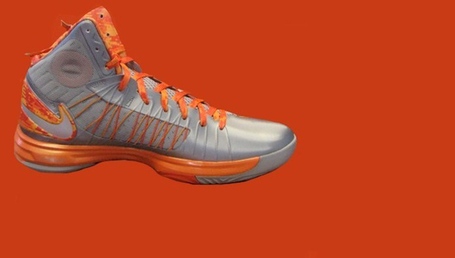 More platinum than anything? Check.

If you look closely you can see the camo design that the uniform will be covered in.

It should still be the best uniform to honor America that's made in China ever!