It's Taco Time in the Salt City! - Gaudy t-shirts, ugly hats, and anything made by Reebok...but what are the ten lamest pieces of Syracuse apparel?

I spent Cyber Monday trying to find a Cuse onesie for a toddler relative I'm trying to indoctrinate. His parents attended the kind of schools that hurt our November RPI, so I don't feel bad about this. (If only someone wrote a book on this matter..)

But while slogging through the internet, I couldn't help but notice: most Syracuse stuff is shit. Here is the worst of the worst, the ten most awful pieces of Syracuse apparel, sorted by: lameness. Post-ironic t-shirts ("2007 NIT Elite Eight") and official team merchandise (Nike's New Year's Eve "Ball Drop" jerseys) excepted.

Ed Hardly - Friday and Saturday night games always present a quandary: I want to look as douchey as I do when I go to my favorite nightclub, but I ALSO want to support my team. Now, when faced with such sticky situations, you can "get the look of royalty with the Monarch tee from My U." I mainly like it because it turns my entire back into a tramp stamp. 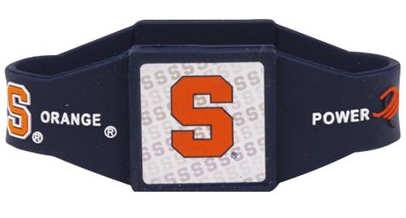 Silicone Pally - What to get the man who has everything...except friends and sexual partners? Why this cheap silicone wristband perfect for the OFFICE (the ad copy really says that). Now he'll be able to show everyone he's a true Orange Supremacist (#OrangePower). Screw slick resumes and learning how best to handle job interviews, nothing says "I would like to add you to my professional network" like the holographic accents of this sports watch that doesn't tell time. 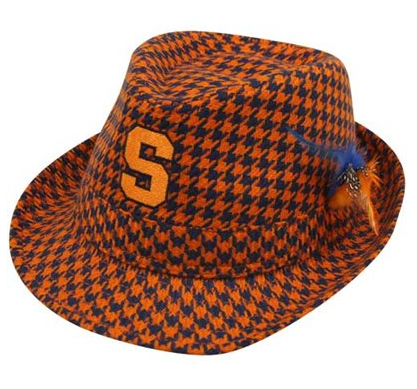 Bare Bryant - Marrone's all right, but he'll never stack up to our all-time greatest coach, Paul Bryant. What's that you say? The Bear never coached at Syracuse? Well then why the f*** am I wearing this stupid orange houndstooth fedora?! 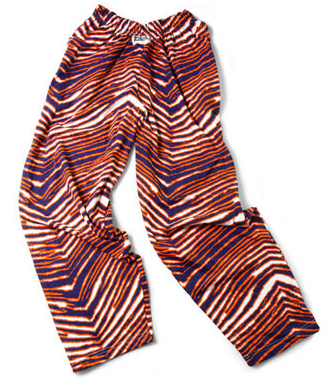 Zubad - Let's see, I really want to look more out of fashion than I already do, but I'm starting to think my white turtleneck under a Charney's Russell Athletic sweatshirt just ain't cutting it. Why, yes, I would be interested in Orange Zubaz pants! FINALLY, here are the pants that will turn fellow Dome attendee heads and make them say, "Wow, I thought that company filed for Chapter 11 back in 1992." 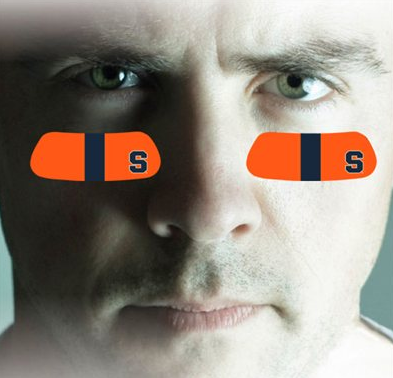 Eye Clack - Imagine a product so painfully lame they couldn't even get the paid catalog model to wear them. They may not sell Syracuse logo condoms, but these are certainly contraceptives (and the male equivalent of these beauts, which almost certainly guarantee unintended pregnancy). Screw Tebow and his eye black bible verses, for extra flava Sharpie on your favorite Dinosaur BBQ menu item (Pork-sket : $13.95). 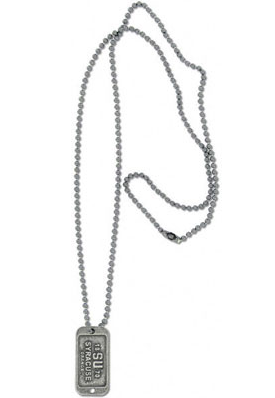 Off the Chain - "Thank you for your service..." Inspects dog tag "...in the 44th Orange Nation Army!?" This "authentic military issue ball chain" ain't fooling anyone except for children and the legally blind. Quite frankly, the U.S. should try you for treason if you sling this goofy medic alert necklace (disease: eunuch) over your gourd. 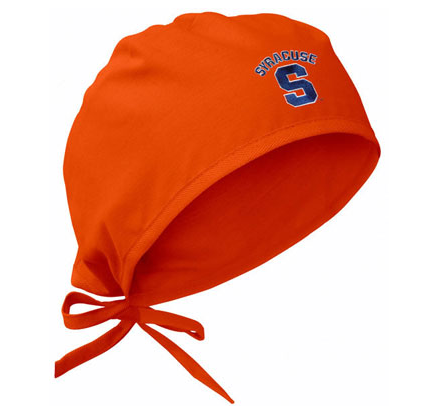 Scrubbin' Troubles - I get that you want to rep your favorite team while doing surgery, or, more likely, the dishes at the Ruby Tuesday's on Erie...but there has got to be a better way than this ugly cross between a Deion Sanders's do rag and Rosie the Riveter's scarf tie. 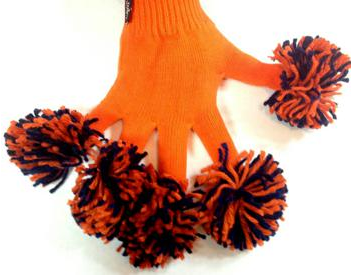 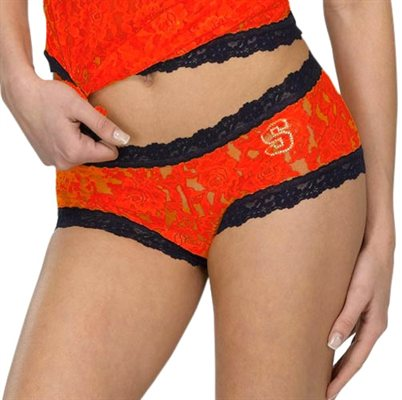 Cusey Loosey - It's every Orange man's fantasy...three seconds left on the clock, two points down in the National Title game against #1 Indiana, Michael Carter-Williams penetrates and kicks to James Southerland in the corner who pulls up for the trifecta and...you wake up from a dream to find an honest to god WOMAN in your bed, wearing Syracuse-branded lingerie (in either home or away colors). Talk about some Action in the Lane! Of course, that was just a dream within a dream and you wake up again to find you've actually dozed off after drinking too many Dome Foams during a Colgate laugher. No woman (certainly in the sizes available) is ever going to wear these, and men, please write me if the special lady in your life actually does. Men, if you want some Syracuse-branded action you're probably going to have take a "special" shower with this creepy loofah. 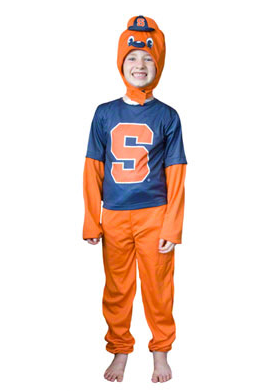 "Sammy, what do you want to be for Halloween? A fireman? A policeman? A superhero? Maybe a vampire or werewolf?"

"I want to be a Syracuse Orange!"

"Terrific idea! We'll just get you a replica C.J. Fair jersey and..."

"Mommy, where are you going?"

"I'm leaving this family. Enjoy living with your mentally-challenged father who likes to pretend his entire head's a mascot." 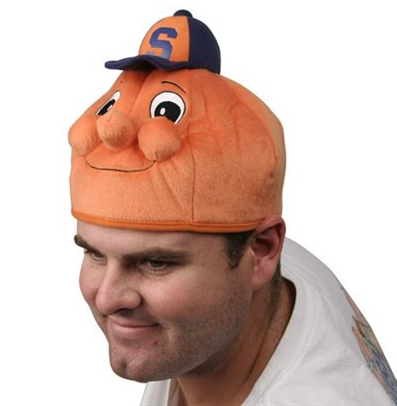 But what's the lamest Syracuse apparel you've seen? Or own?

Taco Time was put in the hands of the walk-ons versus Princeton and despite the helpful assistance of the Dome faithful ("SHOOT! SHOOT! SHOOT!") #TaceTimeDenied. During the weekend's Colgate tilt, I received an interesting Tweet from @KingOttosWorld wondering if I would start tracking #TacoTime assists. A great thought, especially considering once we get within Taco distance, everyone decides to become a Constanza-level chucker and passing becomes anathema. Fact, is everyone wants to be THE hero who delivered the "coney" mispronouncing, "pop" guzzling, Jreck's-overrating, CNY masses some Grade D ground beef carelessly dumped inside a federally-subsidized corn shell.

Aaron Goldfarb is the writer of How to Fail: The Self-Hurt Guide and other things (which make excellent Hanukkah gifts). Syracuse basketball is the only thing he would ever write about for free. Send questions, thoughts, and/or Syracuse-branded Hanky Panky jpegs to aaron@aarongoldfarb.com or @aarongoldfarb