Share All sharing options for: Seven Steps For Surviving Your School's Conference Realignment

So your school just jumped aboard the conference realignment carousel. CONGRATULATIONS! You're part of a small but growing list of academic institutions that traded in a century of tradition for better game times on Saturday.

Conference realignment is a strange process that brings out a lot of complicated emotions in people connected to your school and people who have absolutely nothing to do with your school.

Here is a simple guide that should help you navigate the troubled waters of conference realignment as you make your way from one shaky league to a slightly-less shaky league.

You guys! Even though you don't see a dime of the money and the university will still call you every three months asking for a $50 donation, YOU'RE GETTING SO MUCH MONEY! LIKE $3-5M MORE! WHATEVER THAT MEANS! 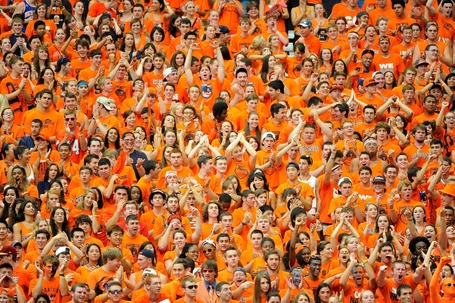 Commend your school president and athletic director for having the temerity and tenacity to look at a pile of money and say, "Yes."

Immediately start talking about what this is going to do for your recruiting efforts and then freak out when your school's Rivals site tweets that a three-star kid from the general region of the conference you just joined said the news of your realignment made you slightly more intriguing.

When approached by fans or bloggers from teams in your old conference, sheepishly tell them that you wish you didn't have to do it and you're going to truly miss the rivalries but it was a business decision that had to be made. Then as soon as they leave, make a wanking gesture.

2. Resign Yourself To The Fact That Everyone Hates You

It's a mixture of jealously, hatred and loathing that will lead everyone not associated with your school to immediately hate this move, hate conference realignment and hate you. This is natural. What's important is that you...

Pretend you're Savannah State and everyone else is Alabama. You're just gonna have to take this beating and know that there's a crapton of money waiting for you on the other side. 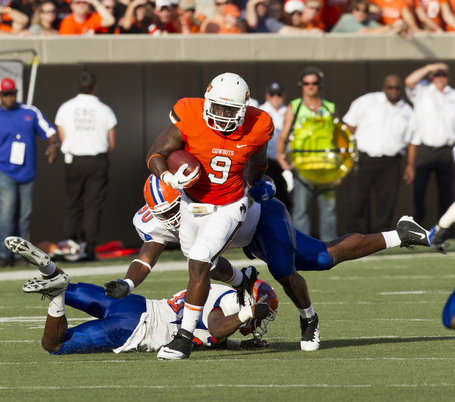 Does your school not have a reputation that matches your impending conference mates? Get ready to know about it.

Did one of your coaches once have sex with a woman for fifteen seconds in a restaurant? Sit back and let the references and double entendres pour in.

3. Wait For Dana O'Neil To Nail Herself To A Cross And Cast All Of Her Sins Upon Thee

Because she is going to. Trust me. Pat Forde, too.

Disregard their columns next week that castigate student-athletes for having the gall to ask for the right to transfer if they dislike their current school. What a bunch of greedy, selfish students who don't see a dime of all this conference realignment money. Shame on their avarice! 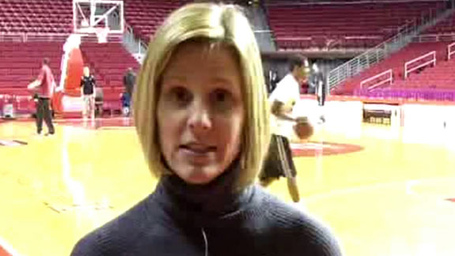 4. Forget About The Word Rivalry. It No Longer Applies To You.

You're going to look across the table and see a bunch of schools from a different time zone and immediately try to associate with them the same kind of hatred that you have with your former conference foe that's 50 miles down the road and has been playing you since 1887.

Just because you played that one school in a home-and-home a decade ago, a rival that makes you not.

Just because your basketball coach spent two years at that other school as an assistant, that doesn't give you the emotional investment required to burn an effigy of their mascot.

By choosing to associate yourself with schools 500 miles away from you, you have forfeited the right to have deep, emotional hatred for your conference rivals. You are all means to an end now. Get used to it. 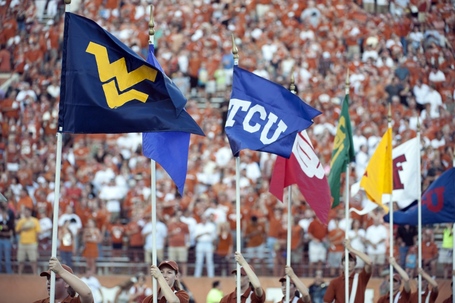 5. Did You Get Comfortable? Now Start Sweating Again.

A week or so after you've jumped from the burning ship that was your former conference to the gleaming steampunk airship that is your new conference, you'll start to notice some thing. The gleam on your gleaming steampunk airship is wearing off. Some of the rivets are loose and the steam engines are outdated. That steam-powered, anti-craft missile launcher that they promised you was coming is now delayed until 2015. And there's an even gleamier, steampunkier airship on the horizon scouting your deck officers.

No matter how stable your conference seems today, it probably won't be at some point in then near future.

Raised the exit fee to $Everything? No court of law will uphold that.

Signed a new TV deal with ESPN for $500 Billion and Stuart Scott's Eye? There's another conference that just got one for $1 Trillion and the rest of Stuart Scott.

All of those things everyone said about being happy where they were and the number of us that were here? That was one hundred percent Grade A bullshit. Speaking of...

6. Stop Believing Anyone About Anything

You're already a college sports fan so you should be well aware of this already, but, everyone is a liar.

Liars, each and every one.

If they say they are happy with the current number of schools in their conference, they are lying.

If they say they have no plans for further expansion of the conference, they are lying.

If they say they are not interesting in hearing what other conferences have to offer, they are lying.

If they say they are committed to the future of your conference, they are lying.

If they say the future of your team/school/conference has never been brighter, they are lying. 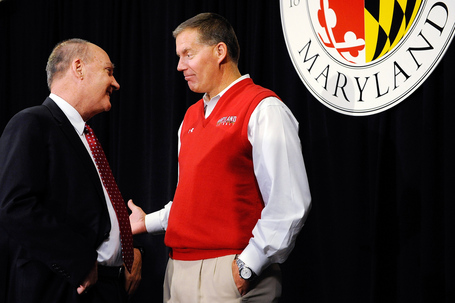 7. Grab A Drink, Sit Back & Enjoy The Apocalypse

Like most things in life, conference realignment will not end well for anyone. Not even the "winners."

Security is relative and what seems like security in this very moment is absolute chaos in the long-term.

At the end of the day, there is nothing you can do. That is, except, sit back and watch the world burn.

God willing, you'll win a couple Chick-Fil-A Bowls before it does.