A Look Back At Greg Robinson's Beaver

The former Syacuse Orange coach came back into our lives briefly today as part of an old NFL segment about cash-for-hit programs. And beavers.

Share All sharing options for: A Look Back At Greg Robinson's Beaver

As part of papers filed by the NFLPA today in appeal of the NFL's punishments for the New Orleans Saints bounty scandal, we learned that the league has known about cash-for-hits programs for a long time and was totally fine about them until they decided they weren't.

Deadspin then treated us to a video of an ESPN report that cited programs such as Smash-For-Cash and Pete Carroll's Beaver incentive. Or, should we say, former Syracuse Orange head coach Greg Robinson's beaver.

Remember that stuffed beaver Greg used to wave in front of Michigan defenders to motivate them. Turns out that's an old NFL trick of his.

Greg shows up in the video around 3:45 and it's really a delight to watch him do his work ("Use THIS for?...the stuffed animal???). He spends most of the clip denying that he used a beaver to motivate players interspersed with clips where players admit that Robinson motivated them by using a beaver. 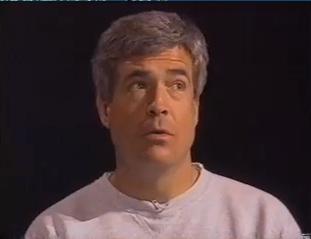 Watching Robinson bulls**t so poorly and awkwardly, you really have to wonder how in the hell he made it past interviews with DOC Gross and Nancy Cantor.

We don't miss you, Greg. But that was fun.

Update: Here's the video, thanks to Chari!