SYRACUSE, NY - Leave it to the Syracuse Orange to make things interesting during a bye week.

For the second-straight season, the Bye Week Fightin' Byes came into the Carrier Dome and took the Orange to the limit until SU was able to eek out a victory. In what is the longest game in Syracuse and Bye Week history, the Orange survive after ten overtimes for the 84-76 victory.

Unable to determine a winner after ten overtimes, the referees were forced to turn to the extremely-rare penalty kick option to determine the winner of the game. SU won 5-4 on kicks.

Syracuse fans were out in full force thanks to an announced White Hat-Out: 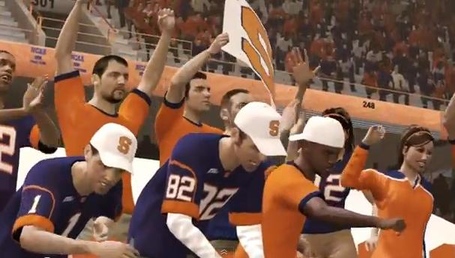 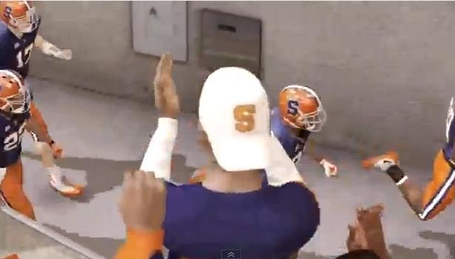 Once again, Syracuse got off to a slow start. They went three-and-out on their first three drives Making this all the more frustrating was the fact that Bye Week didn't show up until the second quarter. Literally. The team was stuck on I-81 traffic until 14:57 of the 2nd Quarter when they arrived to find the Orange running complicated sweeps for two-yard gains against no one.

Unfortunately for SU, the Byes got on the board on their first play from scrimmage, making it 7-0 BWU at the half. 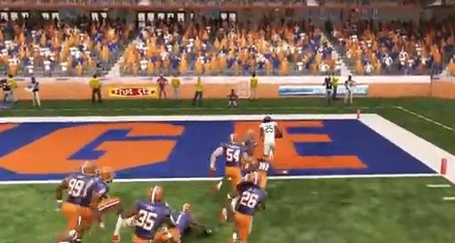 In the second half, the Orange finally seemed to get their offense in order and tied the game up with a Jarrod West touchdown reception. West celebrated with some old-school break-dancing which resulted in a lower body injury that would keep him out for the remainder of the game: 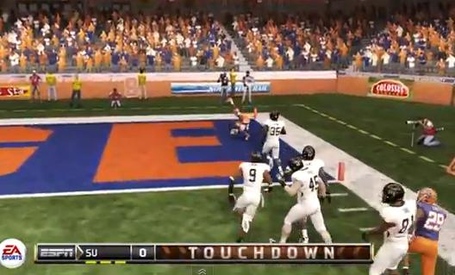 At this point, Doug Marrone went to the booth and woke up Nate Hackett from his first-half nap. Hackett downed a sugar free Red Bull and started calling plays. The Orange would score touchdowns on every drive for the rest of regulation but every single one was called back due to an offensive lineman holding, which was impressive considering two of those touchdowns were scored on interception returns.

Tied 7-7 at the end of regulation, the game went into overtime. Syracuse scored a touchdown to take a 14-7 lead.

Bye Week kicked off the second overtime with a touchdown, 21-14.

As the tenth overtime is about to begin, the referees huddle. As one of them had a reservation as The Spaghetti Factory that was in serious danger of being lost, they decided to end the game with the seldom-used penalty kick option. Five players from each squad were chosen to kick a 35-yard field goal, whichever team makes more would win.

Before kicking, Syracuse's Shamarko Thomas stared at the refs until they just awarded him the kick. 1-1.

Syracuse's Ross Krautman then kicked the ball wide left. The referees awarded him the score anyway as is custom. 2-2.

Syracuse's Ashton Broyld lined up out towards the right hashmark, ran a double-reverse, pump-faked and then kicked the ball through the uprights 3-3.

Syracuse's Jerome Smith fumbled the ball, striking fear into the hearts of the white-hatted fans in the crowd, but recovered just in time to kick the ball through the uprights. 4-4.

In a tactical error that will be discussed for years to come, Bye Week sent out OL #68 to take the final kick. He whiffed, opened the door for Syracuse to win the game with a made kick.

Syracuse sent out the Man With The Golden Boot & Golden Visage, QB Charley Loeb. Loeb winked at the crowd, of which every female Syracuse fan fainted or got pregnant or both. Loeb then lined up the kick while looking at himself in a hand mirror. The ball sailed into the air, and... 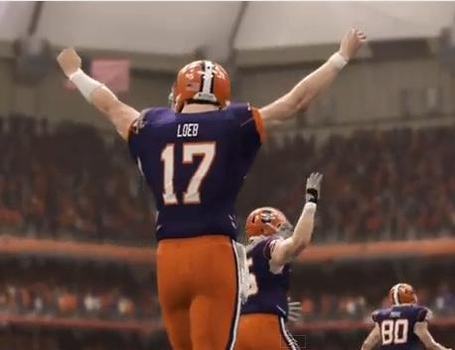 After the game, Doug Marrone told reporters that while he was happy to get the win, there is still work to be done.

When asked to clarify what he meant by that, Marrone replied:

"It starts with me. I need to do a better job."

At that point, reporters sighed and filed out while Marrone started smacking himself in the head.