Syracuse OL Andrew Tiller Is Having A Real Good Time

Share All sharing options for: Syracuse OL Andrew Tiller Is Having A Real Good Time

We've dedicated a lot of time discussing the non-seniors who are leaving (or not leaving) the Syracuse Orange football team this year. But what about the seniors? What about the fellas who did their full time in orange and are now looking forward to the opportunity to prove they belong on football fields on Sundays?

Let's focus in on OL Andrew Tiller, shall we?

Tiller leaves us after playing 35 games in three seasons following a transfer from Nassau Community College. He started every game of his junior and senior seasons and blocked for 1,000 yard rushers Delone Carter and Antwon Bailey.

Tiller is full of good news these days. First, he's signed with PlayersRep Agency, who represent a wide range of NFL players.

Second, he's been invited to the NFL combine. Not too shabby for a guy who wasn't even rated by draft services heading into this season. You might remember that's where Ryan Bartholomew made his mark last year. Barty is currently on the Arizona Cardinals practice squad, which isn't ideal, but ain't all that shabby either.

Tiller has been sharing the adventure from New York to Florida where he's training for the combine and pre-draft season on social media and it's been a delight to follow. Clearly, he's having a good time: 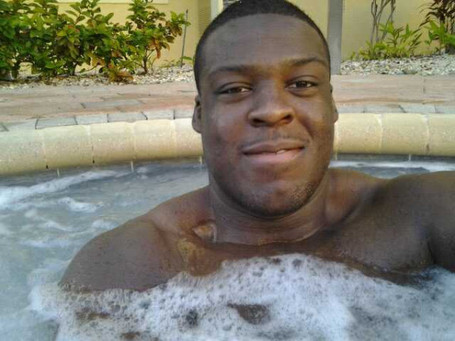 Get that man a Dr. Pepper. Follow his pre-draft hijinks over at @BigTill66.